Now that the international community has listed climate change as a common threat to the survival of humanity, the key is to work together to reduce carbon emissions and ensure that our actions live up to our words. 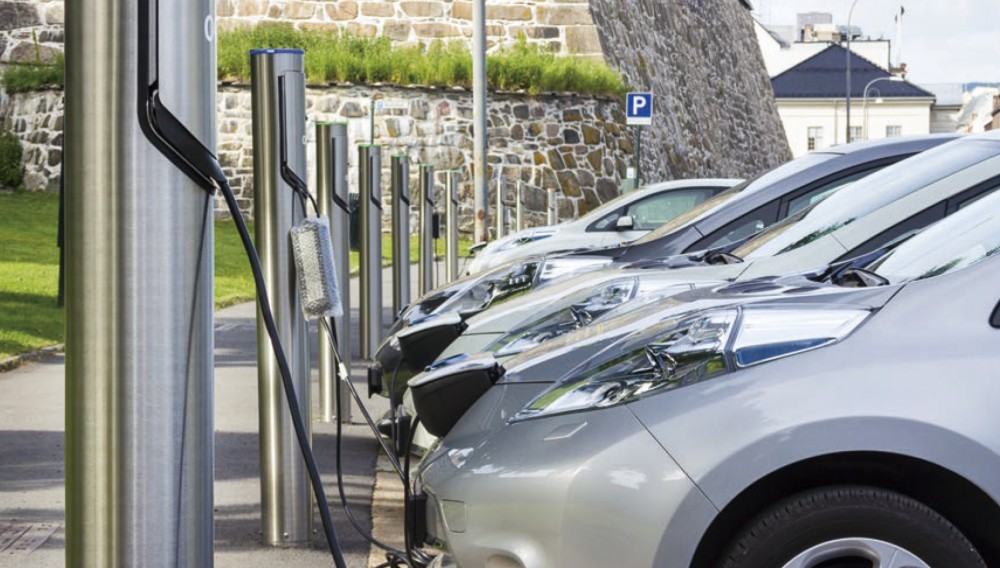 Like last year’s Super Typhoon Mangkhut, the record-breaking warm weather over this Chinese New Year has again made climate change a hot topic for people in Hong Kong. However, if the world warms by just one degree, natural disasters such as floods and heatwaves will become increasingly severe around the world, with widespread effects on everything from food supplies, water resources, transport, medicine and health, to climate refugees and biodiversity. For this reason, the international community has listed climate change as a common threat to the survival of humanity, and it is therefore vital that we work together to reduce carbon emissions and ensure that our actions live up to our words.

In order to turn the tide, the Paris Agreement set targets of keeping the global average temperature increase to within two degrees Celsius above pre-industrial levels, striving to limit the increase to 1.5 degrees, and achieving “carbon neutrality” in the second half of the century. However, monitoring reports have found that global greenhouse gas emissions began to grow again in 2017 after a three-year pause, with emissions reaching a record high of 49.2 billion tonnes of carbon dioxide (CO2) equivalent. Moreover, carbon-reduction programmes in nations like G20 continue to lag far behind the original commitments, so it is essential that every country redoubles its efforts to speed up radical transitions to reduce carbon emissions, particularly in terms of energy, buildings, cities and transport.

Late last year, I submitted a proposal to the Legislative Council, urging the Hong Kong government to lead a transition to a green, low-carbon, intelligent society and economy, and to take measures to proactively mitigate and cope with global climate change. Coincidentally, just as the Legislative Council was debating the proposal, the UN Climate Change Conference in Poland was discussing the detailed rules for implementing the Paris Agreement. Fortunately, nearly 200 countries managed to narrow the gap between their positions and establish a more detailed and transparent rulebook, involving commitments to adhere to uniform standards and monitoring procedures. My proposal was also passed with cross-party support, and the Secretary for the Environment agreed that action to cope with climate change is a matter of great urgency, and promised to take more proactive measures to move forward with the green, low-carbon transition.

China has always been committed to proactive measures to cope with climate change and implement the Paris Agreement, and the impressive results of the country’s emission reduction efforts have been internationally praised. China is striving to develop renewable energy and has become a global leader in the solar power industry. The recently-published Outline Development Plan for the Guangdong-Hong Kong-Macao Greater Bay Area also states that we must create innovative, green, low-carbon development models and actively adjust to climate change.

The Hong Kong government has done a considerable amount of work on climate change. Back in 2007, the government recognized that global warming is a challenge that the world must face together, and established an interdepartmental working group to coordinate efforts to cope with and adapt to climate change. The government has also advocated a low-carbon economy with reduced energy consumption and lower pollution, as well as promoting initiatives such as low-carbon smart cities and intelligent green buildings. Nevertheless, over the last decade or so, the results of these efforts have been mediocre at best. Based on the Hong Kong government’s 2030 emission reduction targets, carbon intensity must be reduced to 65-70% of 2005 levels, which is equivalent to a 26-36% reduction in absolute emissions, while per capita emissions must be reduced to 3.3-3.8 tonnes. Although carbon intensity has fallen by more than 30% from 2005 levels, absolute emissions have actually increased by 70 tonnes, and per capita emissions have fluctuated by just 0.5 tonnes of CO2 equivalent over the last 12 years. In other words, we would need to achieve a fivefold reduction over the next 12 years – a fall of 2.4 tonnes – before we can even reduce emissions from today’s level of 5.7 tonnes to the target of 3.3 tonnes, let alone thinking of when it might be possible to bring per capita emissions below the two-tonne level needed to keep global warming below two degrees.

The government began by focusing on major greenhouse gas emission sources such as power stations, transport and waste, for example by promoting increased use of natural gas by Hong Kong’s two main power companies, promoting energy-saving measures, and launching a fund to encourage the transport industry to pilot innovative green transport technologies. While the general direction of these emission reduction efforts was correct, the policy measures involved were too fragmented to create a revolutionary change across all areas of society, and the carbon reduction results were far from ideal.

Technology is the driving force behind measures to intelligently reduce emissions and cope with extreme weather, but “green technology” has never received the attention it deserves in Hong Kong. Growth in “green industries” has struggled to get off the ground, accounting for just 0.3-0.4% of Hong Kong’s GDP over the last decade. While Hong Kong is determined to position itself as an international center for innovative technology, “green tech” has never been identified by the SAR’s policy bureaus as a key R&D sector. However, if we are going to reduce carbon emissions, it is essential that we “raise the temperature” of green tech development from its current lukewarm level.

Twenty years ago, the Hong Kong government regarded electric vehicles (EVs) as a key element of promoting “green economy”, but today, Hong Kong still lags behind other regions in terms of both development and use of EVs. As for renewable energy, the usage rate in Hong Kong is standing at less than one percent; and although Feed-in Tariff (FiT) programmes have been launched to encourage private electricity generation, the above rate is projected to grow to just 4% by 2030. However, studies by universities in Hong Kong show that solar photovoltaic systems could be installed in more than 230,000 buildings and would generate enough electricity to supply more than 10% of Hong Kong’s total power needs for one year, thereby delivering emission reductions equivalent to three million tonnes of greenhouse gases. It therefore seems clear that Hong Kong should move forward with such measures and be more proactive in unleashing the vast potential of renewable energy.

Hong Kong can also play an even more important role by leveraging its strengths in the finance industry to enable market forces to drive carbon reductions. The Central Government has already launched a National Carbon Emissions Trading Scheme, and research conducted in Hong Kong shows that the carbon finance sector of the Guangdong-Hong Kong-Macao Greater Bay Area leads the country in levels of both activity and innovation. My suggestion is that Hong Kong should be included in the country’s carbon finance system, position itself as a bridge between Chinese and international carbon markets, and develop a greater range of carbon finance derivatives. All these measures are worthy of closer study by the government, so that we can transform Hong Kong into the Greater Bay Area green finance center identified in the Outline Development Plan for the Guangdong-Hong Kong-Macao Greater Bay Area, and support green projects and construction within the region.