Society’s ability to overcome the assault of this virus and get back on track depends on everyone keeping calm and people at all levels working together. 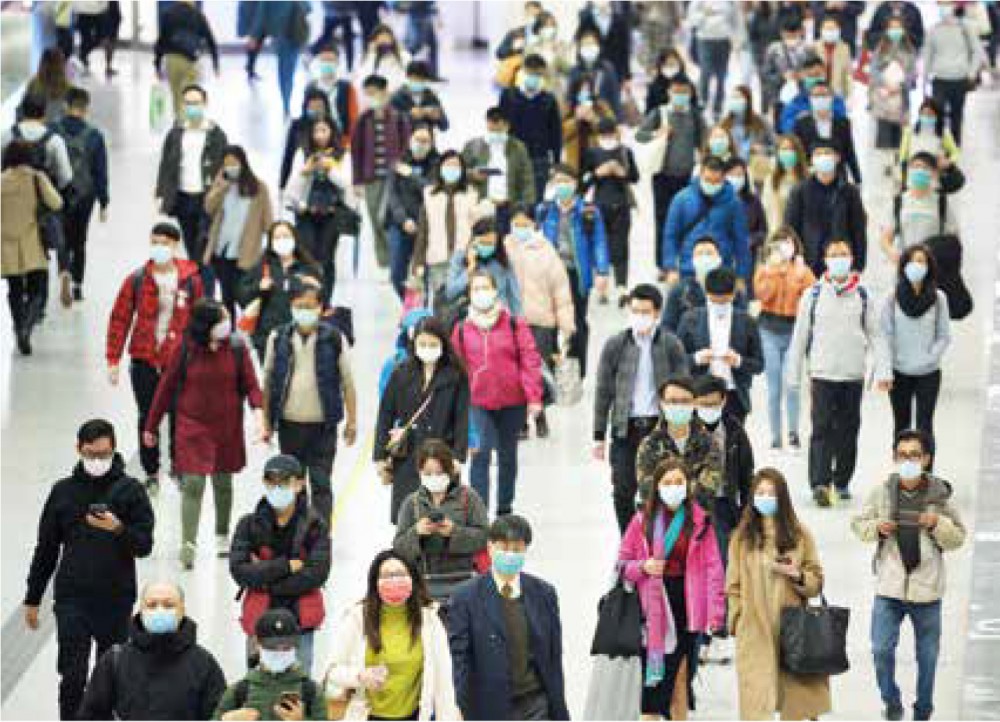 As the novel coronavirus continues its assault and the epidemic sweeps across China, increasing numbers of confirmed and suspected cases are also being reported around the world. Early discoveries and analysis by experts in China and Hong Kong suggest that the epidemic will peak in April or May. However, the incubation period of the novel coronavirus can be as long as 24 days, far longer than the initial estimate of 14 days, so it remains unclear when the epidemic will begin to abate. Faced with such an unprecedented disaster, Hong Kong cannot afford to slacken its anti-epidemic work for a moment.

The death toll of COVID-19 in China alone has already exceeded the total number of global deaths from SARS in 2003. Hong Kong was badly hit by the SARS epidemic, and the disease has left a lasting impression and casts a long shadow in the minds of many Hong Kong residents. Hong Kong’s ability to defend against diseases like the novel coronavirus ought to be much stronger than it was 17 years ago.

However, while the specific symptoms and infection paths of SARS were readily identifiable, during the initial stages of the discovery of COVID-19, many aspects of the disease remained unclear, pending further investigation. Indeed, data from clinical cases showed that some patients suffered from only mild symptoms in the early stages, and showed no sign of fever, for example. This resulted in the phenomenon of “invisible patients” that were difficult to detect during the diagnostic process, and was one of the main reasons that the disease became so difficult to control weeks after the initial outbreak.

Anti-epidemic work must adhere to science

Anti-epidemic work must be based on science, as diagnosis cannot depend on speculating about symptoms. The SAR government listened to the opinions of clinical specialists in infectious diseases in the early stages of the outbreak, and after internal discussions, rapidly announced the escalation of the disease response efforts to emergency level, as well as continually adjusting its anti-epidemic measures in response to the rapid development and increasing severity of the epidemic. The government started by reducing the amount of cross-border traffic, and proceeded to introduce measures including suspending the issue of independent travel visas in the Mainland, expanding port closures, as well as suspending all High-speed Rail, Intercity Through Trains and other cross-border transport links. It also required Hong Kong residents who have travelled to Hubei within 14 days to contact the Department of Health to arrange their admittance to quarantine centers for observation, and sending visitors from Hubei to quarantine centers, as well as formulating the Compulsory Quarantine of Certain Persons Arriving at Hong Kong Regulation and the Prevention and Control of Disease (Disclosure of Information) Regulation. These all helped further limit traffic across the border between mainland China and Hong Kong, and minimize the risk of the epidemic spreading to Hong Kong.

At the same time, the government has stepped up anti-epidemic work based on the principle of reducing social contact, including putting back the start of classes at all Hong Kong schools, and having all government employees other than those involved in emergency services and essential public services work from home.

Just as the government was attempting to deliver a rapid response, put resources in place, and maintain openness and transparency to deal with the outbreak of the novel coronavirus, frontline medical personnel dissatisfied with the government’s decision not to completely close the border went on strike. While this action was subsequently ended, it is beyond doubt that their behaviour exhibited total disregard for the health and safety of Hong Kong’s population.

The SAR government has launched a series of measures to reduce the movement of people across the border in response to the epidemic, and their implementation has already had some effect. Such use of patients’ interests and wellbeing as a means of pressuring the government to completely close the border is not only a violation of the vocation of medical personnel, but also ignores the close connections between Hong Kong and mainland China. These contacts mean that a certain number of cross-border ports are essential, so sealing the border is by no means a magic bullet that would halt the spread of the disease.

The fact is that the Hospital Authority had already responded to medical personnel’s concerns regarding the use of medical services by patients from outside Hong Kong during this exceptional time by taking measures to ensure that non-residents were no longer exempt from fees. In theory, this should reduce the number of non-residents traveling to Hong Kong for treatment and avoid increasing the pressure on public hospitals, so it is evident that the government has not sat idly by and ignored the concerns of medical personnel.

The sense of fear caused by the epidemic has spread far faster than the virus itself, and has caused an almost hysterical level of panic in society. This feeling of fear comes to some extent from the shortage of face masks - a problem that is by no means unique to Hong Kong. Mainland China is Hong Kong’s biggest supplier of face masks, but the severity of the situation in the Mainland has resulted in face masks being in even shorter supply. Many regions of the world have imposed restrictions on the export of face masks in response to the epidemic, with the result that acquiring sufficient quantities of masks has become a virtually impossible task for Hong Kong.

To be fair, Hong Kong has more than seven million people, so if every resident wears a face mask every single day, the territory would need upwards of 200 million masks per month. Even if the government and the business sector work together to produce masks in Hong Kong, is it realistic to expect production capacity to meet the daily needs of so many people?

The severe shortage of face masks has resulted in panic buying, which has indirectly further exacerbated people’s sense of alarm. Some people have also used the opportunity to stir up trouble and spread rumours - such as those claiming that mainland Chinese factories have stopped producing toilet paper because of the epidemic - and incite the public to make panic purchases, which have extended to goods such as rice, oil and other staples. These situations continued until figures in the relevant industries spoke out to refute the rumours.

The normal functioning of society has been significantly affected by the threat of this epidemic, but the government has already taken action to address the situation. Society’s ability to overcome the assault of this virus and get back on track depends on everyone keeping calm and people at all levels working together. Only then will we be able to successfully get through this epidemic.