An improved electoral system has a significant bearing on Hong Kong. Social stability is a prerequisite for effectively resolving Hong Kong’s deep-rooted conflicts and facilitating active engagement in the country’s development.

Passed with a high vote by the National People’s Congress (NPC), the Decision on Improving the Electoral System of the HKSAR, together with Annex I and Annex II to the Basic Law of Hong Kong amended by the unanimous decision of the Standing Committee of the NPC, aims to improve the electoral system of Hong Kong from the national level. There are two significant bearings: (1) the core meaning of “patriots administering Hong Kong” will be materialized; and (2) political reform in Hong Kong will be spearheaded by the central government in the future. 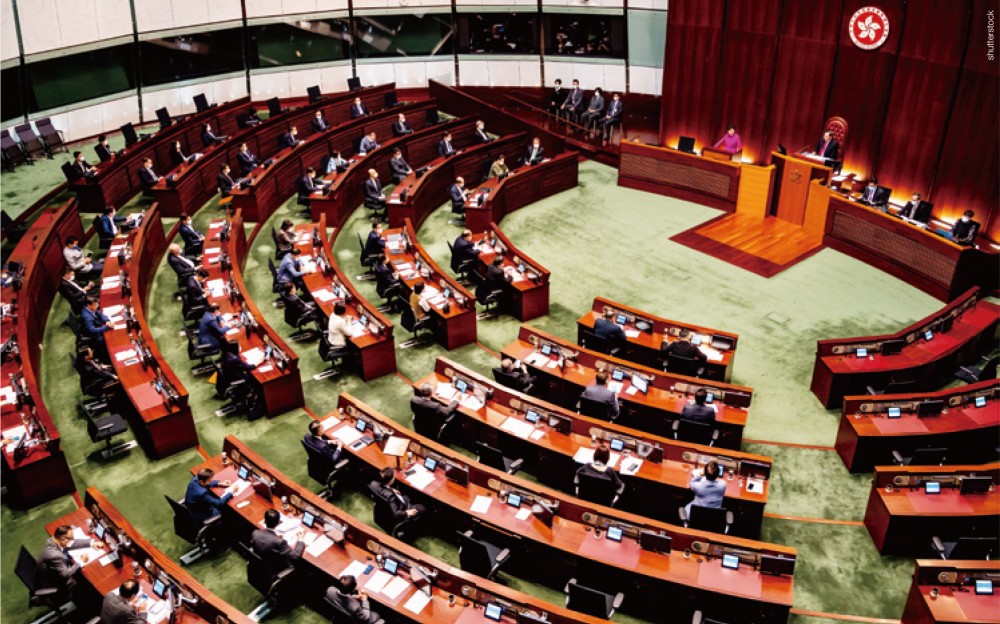 Hong Kong has fallen into a serious situation of internal friction and chaos for a very long time. The government simply does not have the energy and time to handle the deep-rooted conflicts and issues that have been disrupting the territory for years. “The tree falls not at the first stroke.” From the social instability stemming from the “political reform” in 2013, Occupy Central in 2014, the Mong Kok riots in 2016, the founding and operation of the Hong Kong National Party, the disguised localist movement, the Hong Kong version of “color revolutions” and black mobs triggered by the amendment of the Extradition Bill in 2019, to the “35-plus” primaries last year, there have been an array of brazen plans that linked up with foreign forces to take advantage of the loopholes in Hong Kong’s electoral system to compete for the power to govern Hong Kong. As sovereignty, safety, development interests, as well as the long-term stability and prosperity of Hong Kong are at stake, the central government saw that change had become inevitable in our electoral system.

According to Article 31 of the Constitution of the PRC, “The systems to be instituted in special administrative regions shall be prescribed by law enacted by the National People’s Congress in the light of specific conditions.” Therefore, the central government has the authority over and responsibility about the political system of Hong Kong, including its electoral system. It should be highlighted that the amendment to Annex I and Annex II of the Basic Law made by the Standing Committee of the NPC was not a political reform proposal based on Article 45 of the Basic Law or derived from Article 68, and no bargaining can be entertained. It is also not taking a few steps back in democracy as suggested by some people. Instead, the amendment is targeted to address the chaotic circumstances emerging in Hong Kong in the past few years, including the competition for the power to govern HKSAR. The central government would only be able to effectively exercise its full power to govern HKSAR, as well as to effectively safeguard the constitution and the constitutional order established by the Basic Law when “patriots administering Hong Kong” is materialized. I do believe this forms the basis for “Hong Kong people governing Hong Kong”, and “high level of autonomy” would have more room for functioning, while “One Country, Two Systems” would achieve long-term peace and stability.

The core to improving the electoral system is to reconstruct the membership of the Election Committee and to empower it further. In addition to increasing the total number of the Committee’s sectors from four to five, changes are also made to the actual demarcation of each sector and the method for its constitution. The principle for change is to promote balanced participation according to the actual circumstances of Hong Kong. For example, District Council seats are scrapped from the Election Committee. Article 97 of the Basic Law provides that “District organizations which are not organs of political power may be established in the HKSAR, to be consulted by the government of the Region on district administration and other affairs.” The District Council is a district-level consultative unit for district-level matters with no public authority. Currently, our District Councils are overly political and not doing their jobs. They can no longer represent their own districts. As such, the central government has replaced District Council seats with representatives who have been rooted in and serving the districts for a long time. These include the members of Area Committees, District Fight Crime Committees and District Fire Safety Committees of the Hong Kong, Kowloon and the New Territories subsectors. Incorporating the voice of the districts is a right move. In terms of balanced participation, 60 new seats from grassroot associations have been added to the Third Sector, and 15 seats are allocated to the new small and medium enterprises in the First Sector.

Regarding the election of the Chief Executive, candidates for the office of the Chief Executive shall be nominated jointly by not less than 188 Members of the Election Committee, among whom the number of members of each sector should not be less than 15. With the entry threshold raised, the election would be even more broadly representative. The Legislative Council’s election, on the other hand, will adopt the “432 proposal” – amongst the 90 legislators, 40 shall be returned by the Election Committee. Based on the general interest of Hong Kong and involving no district voters or functional constituencies, this could significantly minimize the possibility of a politically-led stance that only focuses on personal visibility, industry, sector, or voters’ interests. It could also prevent candidates from forgetting their initial intention to serve the general public and Hong Kong society as a whole when they stood for election. To broaden the representation of the functional constituencies, the Commercial (Third) seat is added to demonstrate the contribution made by Mainland-funded organizations based in Hong Kong, as well as to effectively reflect their views – which are conducive to inform the economic policies of Hong Kong with a more macroscopic perspective. Under “One Country, Two Systems”, country-wide organizations are instrumental to Hong Kong’s political ecology. Therefore, it is very appropriate to set up a seat for the sector. On the other hand, while the number of seats from geographical constituencies was reduced from 35 to 20, it does not mean taking a step back in democracy. This change has not come from the political reform under Article 68 of the Basic Law, but rather is a move to broaden balanced participation, which is in line with the initial intention for designing Hong Kong’s electoral system.

Another focus of concern come from the Candidate Eligibility Review Committee, which is responsible for determining whether a nominee is validly nominated. In the past, the task was conducted by civil servants, who could not handle matters that involve national security matters; they were also not suitable candidates to work on tasks with political considerations either. These problems are finally resolved now.

Improving the electoral system has a significant bearing on Hong Kong, and it will favor the territory’s long-term peace and stability. Without a fundamentally stable society, Hong Kong would not be able to truly focus on its economy and the public's livelihood and to effectively resolve deep-rooted conflicts - in particular, the longstanding issues of housing and the disparity between the rich and the poor. A stable society is a prerequisite for Hong Kong to actively integrate into the wider country’s development, contributing to the construction of the Guangzhou-Hong Kong-Macao Greater Bay Area, so as to promote economic diversification and upward mobility of the youth in Hong Kong. Undoubtedly, an improved electoral system will bring hope to Hong Kong. We must never ever sink into another political vortex and let time go into waste again.