The development of society, economy and people’s livelihood is “impossible without land”. The Government will inevitably encounter challenges in land development, but the key is to muster political courage and determination to take the bull by the horns to address the imbalance of land supply and demand.。

The income growth of the general public has not kept up with the rises in property prices and rents amid the long-standing shortage of land and housing in Hong Kong. As a result, the phrase “living in increasingly more expensive and moving to increasingly smaller housing units” not only portrays the life of many residents, but is also the number one livelihood issue that plagues people in Hong Kong. “Nano flats” measuring just over 100 square feet have mushroomed in the past few years. What is worse is that many grassroots families have no choice but to rent subdivided housing units with poor conditions. At a Legislative Council (LegCo) meeting held in mid-July, a members’ motion on “increasing land supply on all fronts” enabled legislators to brainstorm on the vital livelihood issue of land and housing at the back-on-track council. 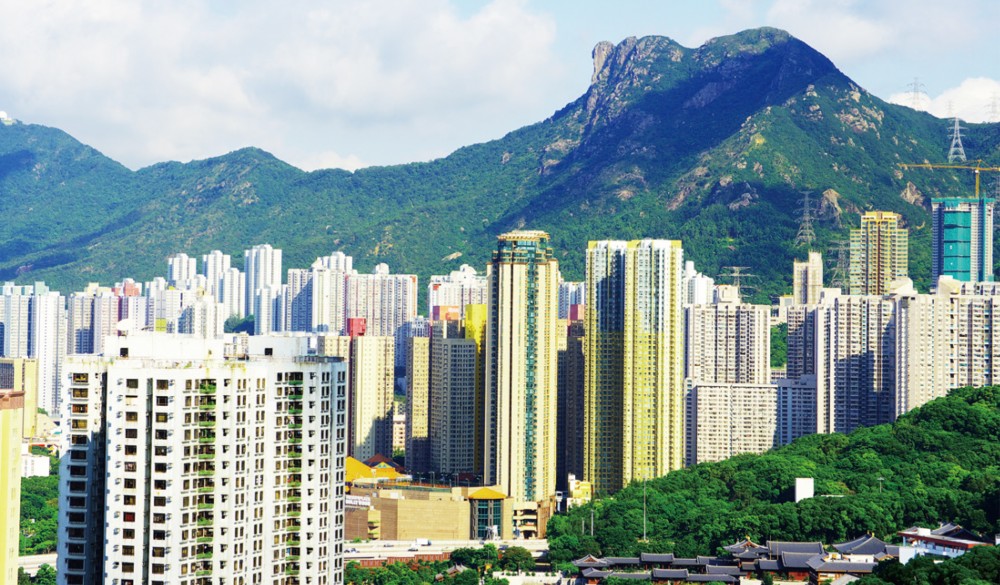 The development of society, economy and people’s livelihood is “impossible without land”. According to Hong Kong 2030+: Towards a Planning Vision and Strategy Transcending 2030 published by the Government in 2016, it was estimated that Hong Kong was short of 1,200 hectares of land for development in the long run. In addition, according to the report released in March this year by the Task Force for the Study on Tenancy Control of Subdivided Units set up by the Government, it was estimated that there are over 100,000 subdivided units housing about 226,000 people in Hong Kong currently. The land and housing problem is complicated and deep-rooted. It is also a deep-seated conflict that has remained unresolved for many years. Fortunately, after improving Hong Kong’s electoral system to establish a new order that helps rationalize the relationship between the executive and the legislature as well as enhance the effectiveness of governance, society is set to bid farewell to the political quagmire of the past and refocus its energy on the issues of developing the economy and improving people’s livelihood.

Since reunification with the Motherland, successive HKSAR governments have spared no efforts trying to solve the land and housing problem by identifying land on all fronts for housing development. When I spoke on the motion that day, I affirmed the efforts made by the current government to identify land for housing development, but I also pointed out some shortcomings. Indeed, officials of the current government have used a multi-pronged approach in the past few years to identify land for housing development. With regard to identifying land, the Government actively seeks short-, medium- and long-term solutions to increase land supply, such as: implementing the options that should be accorded priority studies and implementation as recommended by the Task Force on Land Supply and reviewing the several brownfield clusters that have potential for housing development; launching the three-year Land Sharing Pilot Scheme to unleash the development potential of private agricultural land in the New Territories; and allocating funds for studies related to the artificial islands in the Central Waters to extensively increase land supply under the Lantau Tomorrow Vision. However, identifying and producing land is still not sufficient and not fast enough compared with the housing needs of the Hong Kong people.

For example, two years ago, the Government announced that it would actively invoke the Lands Resumption Ordinance to resume suitable land for public housing development, but it has so far only confirmed resuming 1.2 hectares of land that is estimated to offer just 1,600 flats. Moreover, it is estimated that it will take two years to complete the relevant procedures to truly resume land for development. Regarding the development of brownfields, based on preliminary research, the Government has so far identified eight brownfield clusters that could provide about 20,000 public housing units, but these projects will likely take ten years to complete. There is no denying that many short- and medium-term options must take into account numerous issues, but the Government actually has the ability and space to accelerate and increase supply, such as reducing bureaucratic procedures to speed up approval of plans and development procedures, and expediting supporting work such as relocation of warehousing and logistics operations on the brownfields.

Meanwhile, according to the Long Term Housing Strategy report for 2020, the Government has identified 330 hectares of land required for providing 316,000 public housing units to meet the public housing supply target for the next ten years. However, this will only provide 89,700 units in the first four years (2021/22 to 2024/25), and 226,400 units in the following six years (2025/26 to 2030/31). That means the waiting time for public housing will unlikely start to improve significantly until at least 2026, failing to meet the urgent needs of the people.

Actually, there are still many land supply options in Hong Kong that are worthy of public discussion, including making use of the fringe locations of country parks that have relatively low ecological value but considerable land supply potential, a suggestion that has reignited discussions among the public recently. Due to insufficient public support in the past, the Government has repeatedly indicated that it will consider further studies after completing the priority options recommended by the Task Force on Land Supply. Although this suggestion is undeniably controversial, given that amid the COVID-19 pandemic, hundreds of thousands of grass-roots residents, even if they are unemployed or underemployed, still have to bear high rents, live in subdivided housing units with poor conditions and endure the frustration of endless waiting for allocation of public housing units, can the Government enable the public to review this suggestion comprehensively and rationally once again in the presence of sufficient information? The Government should put forward specific plans as soon as possible, including the appropriate amount of land that can be allocated from country parks that account for 40% of Hong Kong’s total land area, the number of public housing units that can be supplied and the impact on Hong Kong’s ecology, so that people can make choices based on the overall interests of the society.

After all, it is the consensus of all sectors of society to cut the “Gordian knot” of imbalanced land supply and demand, but in reality there is no perfect land supply option with zero opposition, and the Government will encounter numerous challenges in the process of land development. The Government must show political courage and determination to deal decisively with the difficulties in order to give people a true comfortable home.