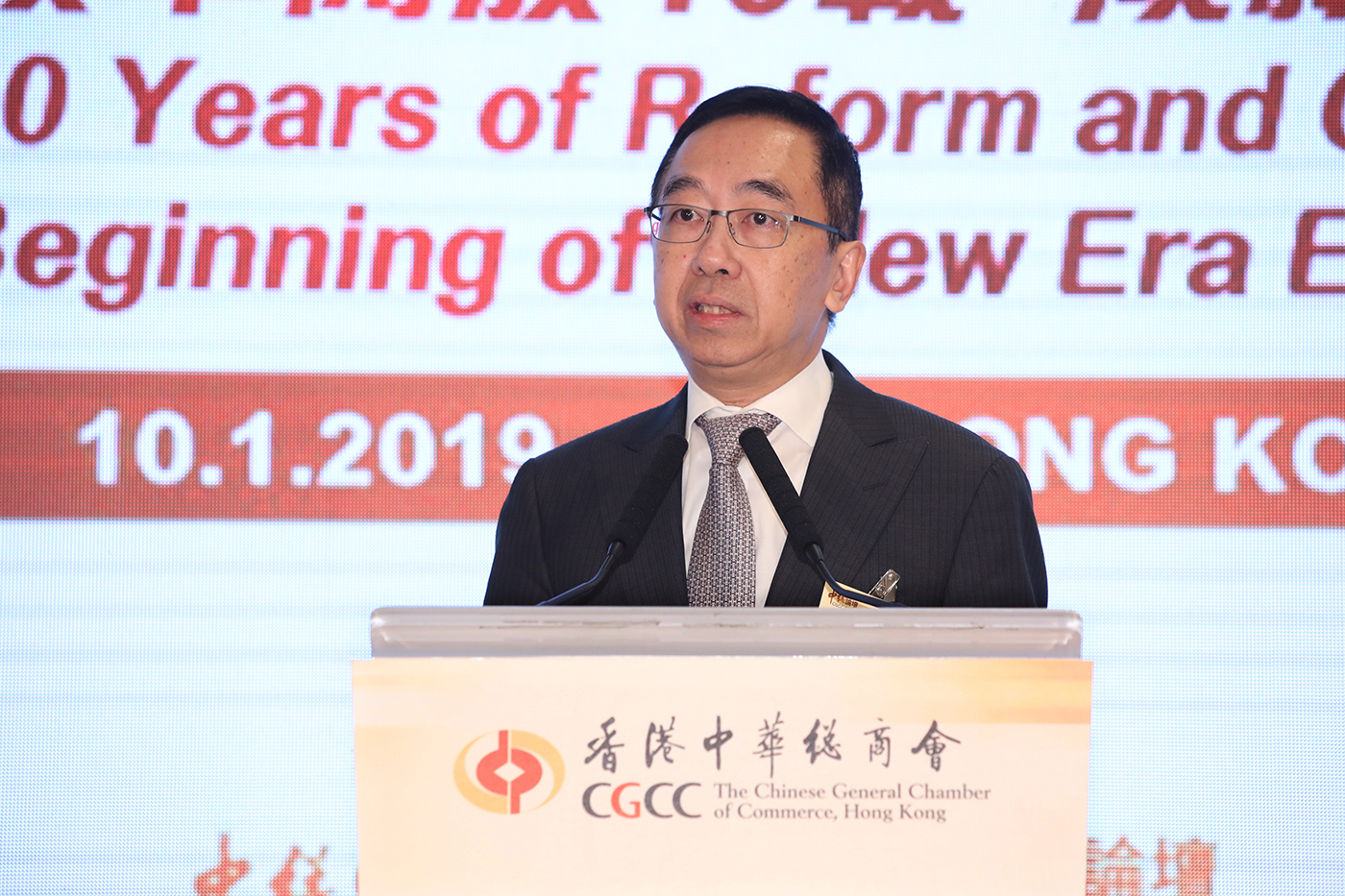 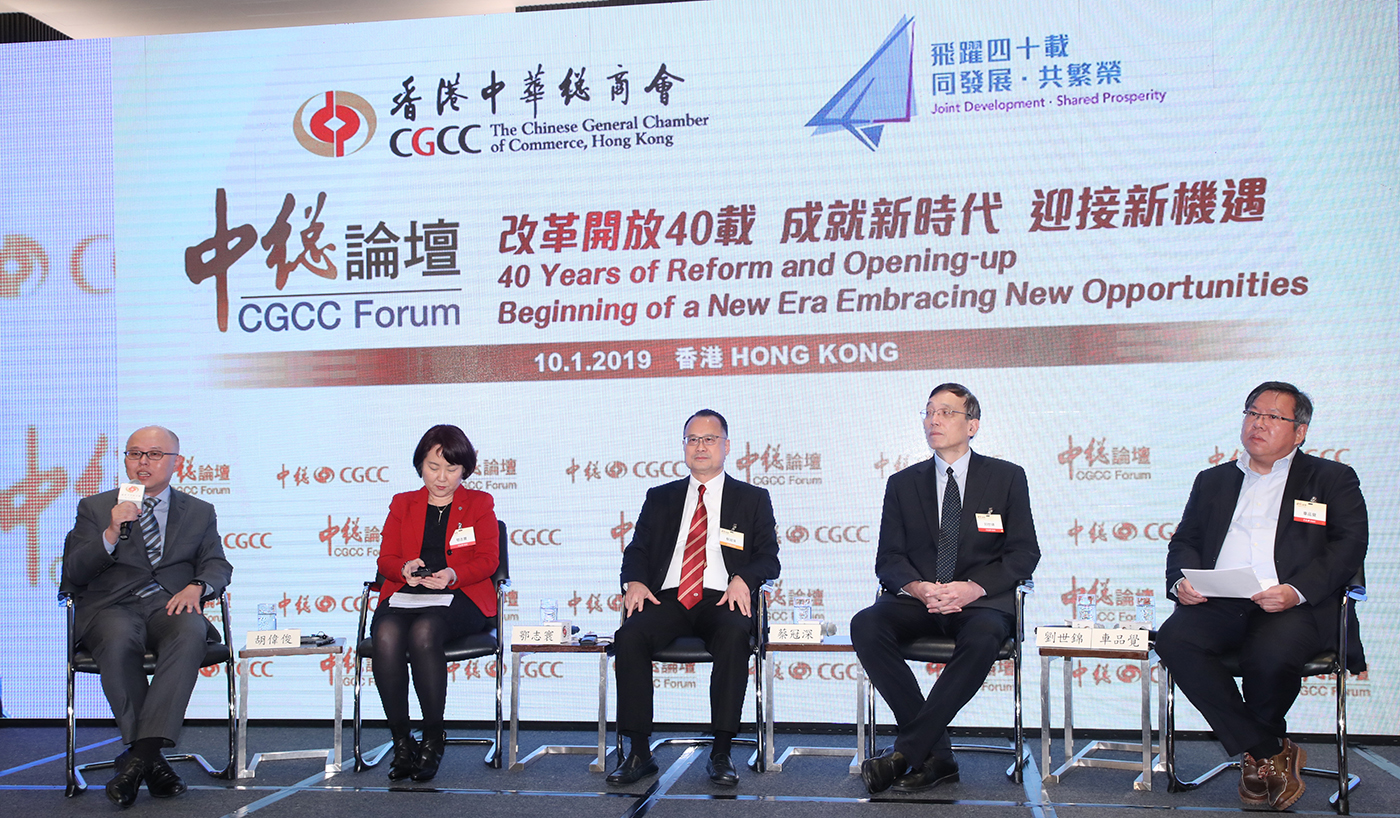 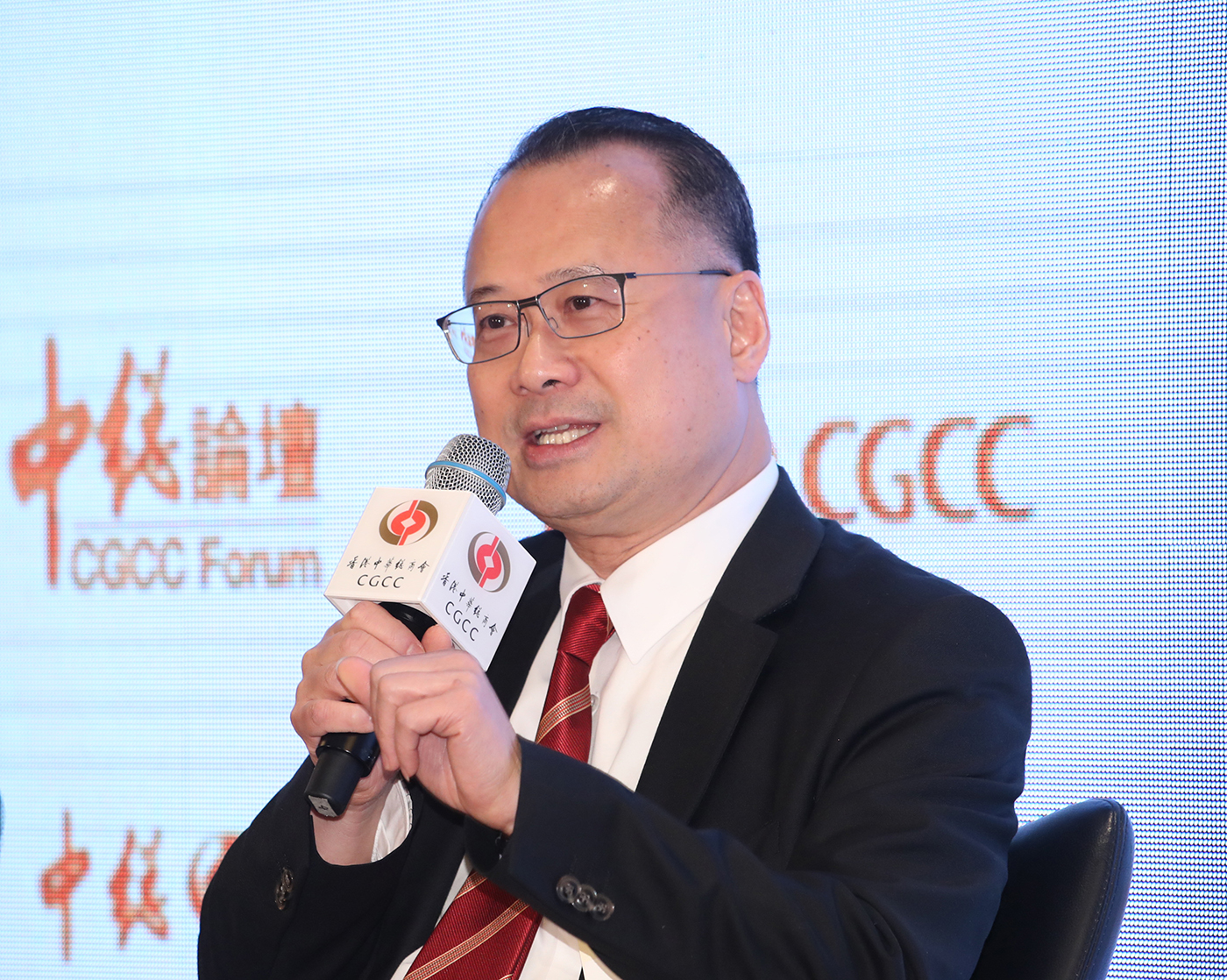 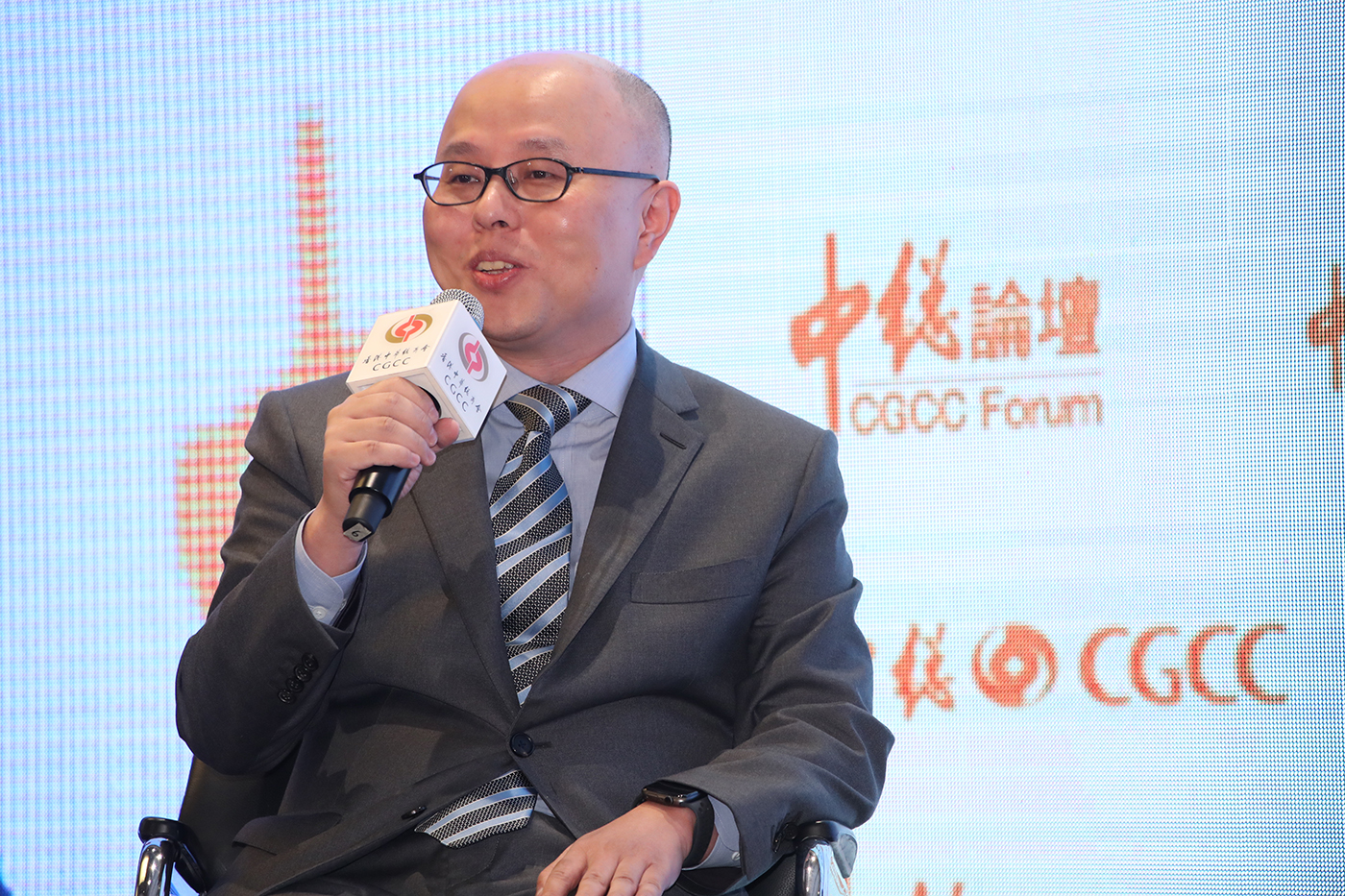 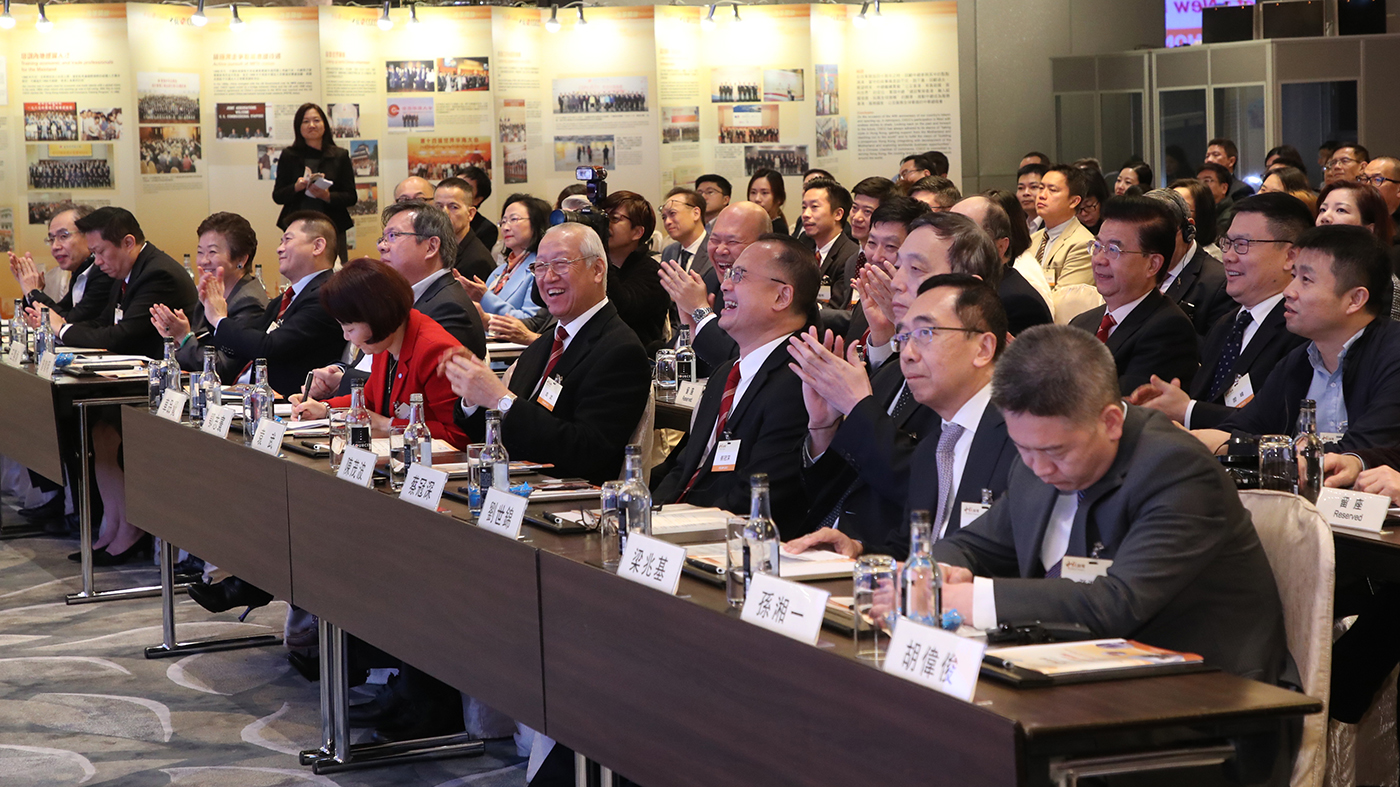 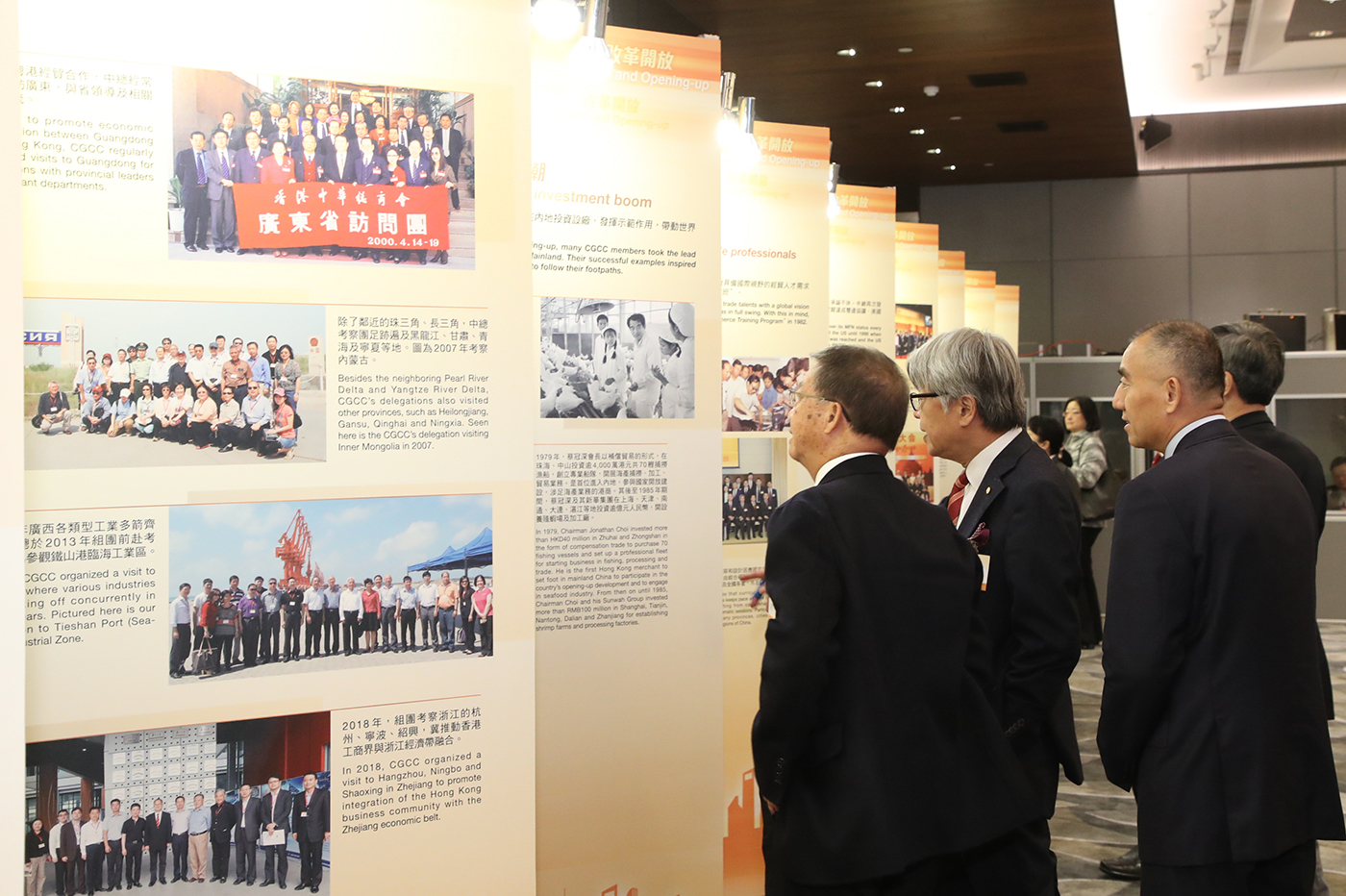 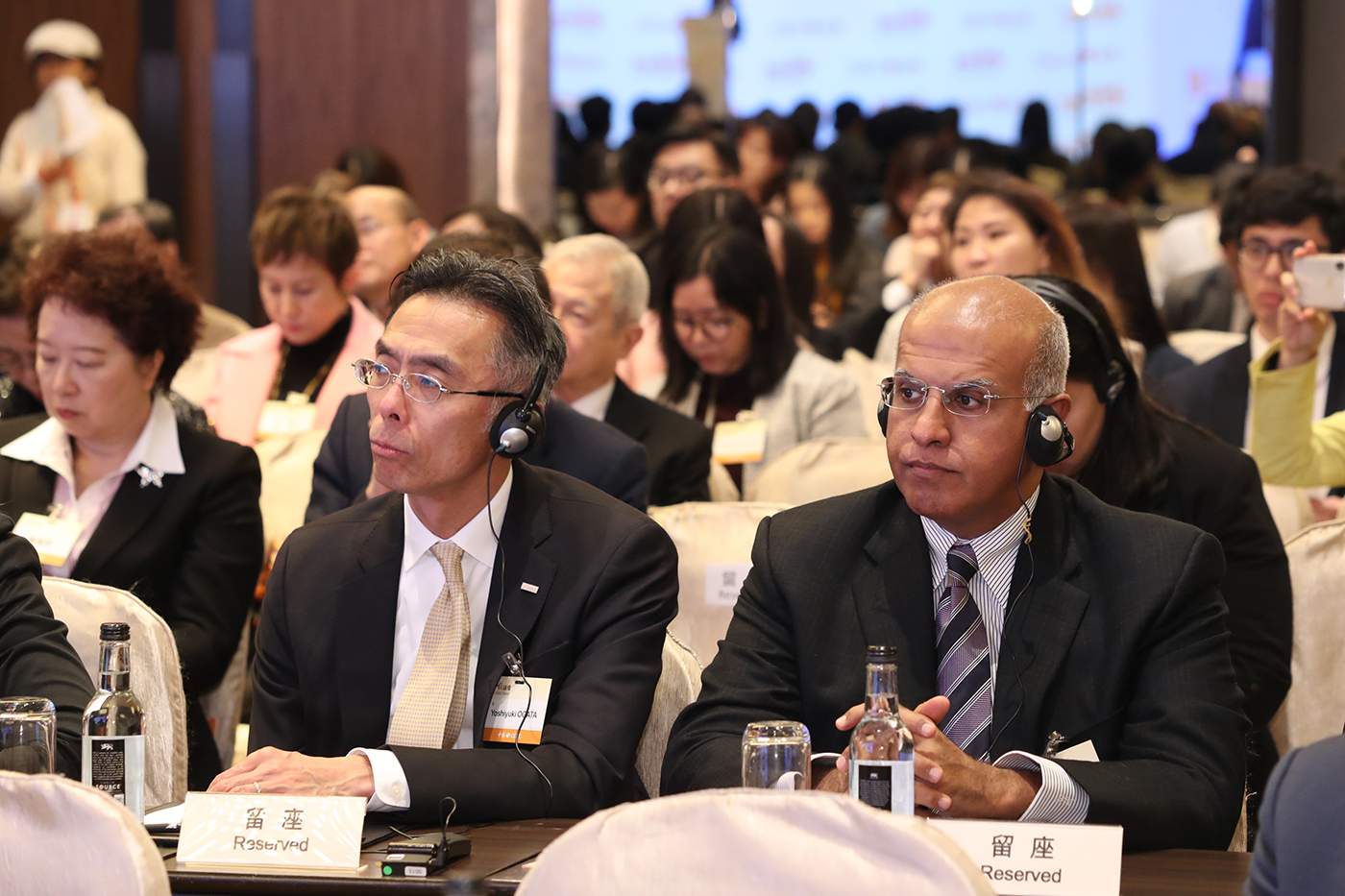 Jonathan Choi: Hong Kong can play the role of a two-way bridge

In his welcome remarks, CGCC Chairman Dr Jonathan Choi noted how at a time of external complexities and uncertainties, President Xi Jinping had reiterated China’s determination to push through reform and opening-up to the end, driving the Mainland’s further opening-up through the Belt and Road initiative, the Guangdong-Hong Kong-Macau Greater Bay Area (“GBA”) development and other regional cooperation platforms, which would bring about huge development opportunities for domestic and overseas business partners. Indeed, Hong Kong businesses have played the roles of both witnesses and participants, and both beneficiaries and contributors in the nation’s reform and opening-up. With our unique advantages under the “One Country, Two Systems”, Hong Kong could serve as a two-way bridge to help Mainland enterprises in attracting foreign investment and expanding overseas. At the same time, Hong Kong has also realised industrial transformation and established itself as a centre for international finance, shipping, legal arbitration and professional services. Dr Choi further pointed out that of the five Hong Kong and Macau citizens among the 100 Reform Pioneers commended by Beijing last month, three were former chairmen of CGCC, namely Wong Kwan-cheng, Henry Fok and Tsang Hin-chi, which suggested that the Central Government fully recognized CGCC’s active participation in the nation’s reform and opening-up.

Financial Secretary Paul Chan said that 2018 had seen highly unpredictable and volatile market movements, and he expected many more challenges to come in the new year. The US-China trade friction, contraction of various advanced economies, Brexit negotiations and other geopolitical risks remained the major risk factors globally. Nevertheless, the Mainland’s economy as a whole remained relatively stable despite its trade conflicts with the US, and it was expected to achieve GDP growth of around 6.5% this year, which could provide important support for Hong Kong’s economy. Given the threats from protectionism and unilateralism, the Hong Kong SAR government would continue to closely monitor the situation and adopt a multi-pronged approach to developing external trade, for example negotiating and signing more free trade agreements and investment protocols, building stronger bilateral ties with trade partners and promoting economic cooperation with various regions.

In the Q&A session moderated by CGCC Vice-chairman Connie Wong, Mr Chan and the forum attendees exchanged views on the economic development of Hong Kong and the world, Belt and Road opportunities and other issues. Mr Chan revealed that the upcoming government budget would focus on supporting enterprises, securing employment and stabilising the economy, and would seek to leverage the GBA development and the Belt and Road initiative to integrate Hong Kong with the nation’s overall development and inject new momentum into the local economy.

In his talk on “Hong Kong’s Financial Development and Prospects”, Mr Leung asserted that the banking industry would undergo disruptive changes in the next 10 years, so much so that virtual banks would become mainstream and the world would enter an era of cashless transactions. On the major development trends in artificial intelligence (AI) and mobile payments, he suggested that Hong Kong could establish itself as a fintech hub and overcome regional constraints with the Mainland to provide integrated financial services for the GBA and strengthen cross-border connections, thereby capturing the huge opportunities from China’s further opening-up.

Liu Shijin: Chinese economy is switching to a slower tempo

Mr Liu gave an analysis on “Macroeconomic Trends and New Growth Momentum”. He said that the Mainland economy was now at the juncture of transitioning from the previous high-speed growth to medium-speed growth. Such transition would be marked by successive adjustments in the demand structure, the supply structure and the financial structure. With initial adjustments in these areas being made, the Mainland economy would achieve more stable growth and improve its quality.

During the panel discussion session, Liu Shijin, E Zhihuan, Herbert Chia and Larry Hu examined the opportunities and challenges faced by Hong Kong and the Mainland in the course of reform and opening-up, as well as related issues such as Hong Kong’s positioning and roles therein.

Dr E said that as China pushed through a new round of opening-up and marked a new starting point in its reform, it was imperative for Hong Kong to further strengthen its unique roles and integrate actively into the nation’s development, so as to seek new opportunities from the Mainland’s structural developments in the long term. Under the Belt and Road initiaitve and the GBA development, Hong Kong could capitalize on its familiarity and seamless connection with foreign markets to help different enterprises seize new expansion opportunities.

Dr Hu said that China would continue opening-up even against the backdrop of the trade war. In the next 40 years, the nation could open up unlimited development opportunities if it could optimize its resources for more effective allocation.

Mr Chia suggested that talents, resources and incubators were all indispensable for Hong Kong to become an international centre for technological innovation. While we were based in Hong Kong, we should set our sights on the world and leverage China’s resources to connect with the global market. This was how we might become the next Silicon Valley and attract talents from all over the world.

On the whole, the panel discussion moderated by Dr Choi covered topics such as the Belt and Road initiative, the GBA construction and the development of tech industries. The panellists acknowledged the considerable advantages of Hong Kong industries. They called on the business sector to work together in seizing opportunities from the nation’s new round of reform and opening-up, thereby contributing further towards the economic development in Hong Kong and the Mainland.

Reform and opening-up: reviewing the bridging role played by CGCC

To commemorate the 40th anniversary of China’s reform and opening-up, the forum featured a special exhibition reviewing how, over the four decades, CGCC has been committed to participating in the construction of New China. It has actively assisted its members in exploring the Mainland market, and endeavoured to deepen economic and trade connections between Hong Kong and the Mainland, playing an important bridging role in the nation’s “bringing in, going out” strategy. Looking forward, CGCC will continue to adhere to its mission of “taking roots in Hong Kong, gaining support from the Motherland and reaching out to the world” to realize the vision of “establishing a prosperous Hong Kong, integrating with the development of the Motherland and exploring business opportunities across the world”. CGCC will strive to be not only a chamber of commerce for the Hong Kong business community, but also for China as a whole, making further contributions to the nation’s new round of reform and opening-up in the next “40 Golden Years”.

Summary and Highlights of Speeches

The Hon Paul Chan, Financial Secretary, The Government of the HKSAR

Panel Discussion - A New Start of Economic Reform and Opening-up

Mr. Herbert Chia, Member of the Board of Directors, Hong Kong Science and Technology Parks Corporation