With the development of smart cities earnestly underway around the world, Hong Kong, as an international city, is evidently trailing behind despite its many strengths in terms of first-class infrastructure, financial center, professionals and legal system. Why is that? 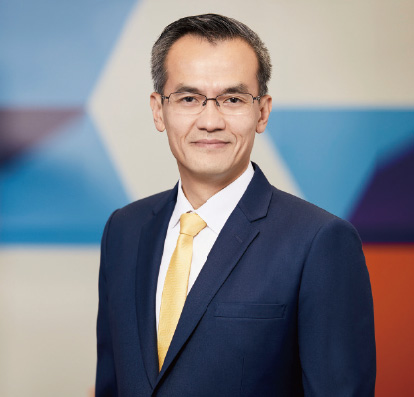 Hugh Chow: Don’t be Smart Just for the Sake of It 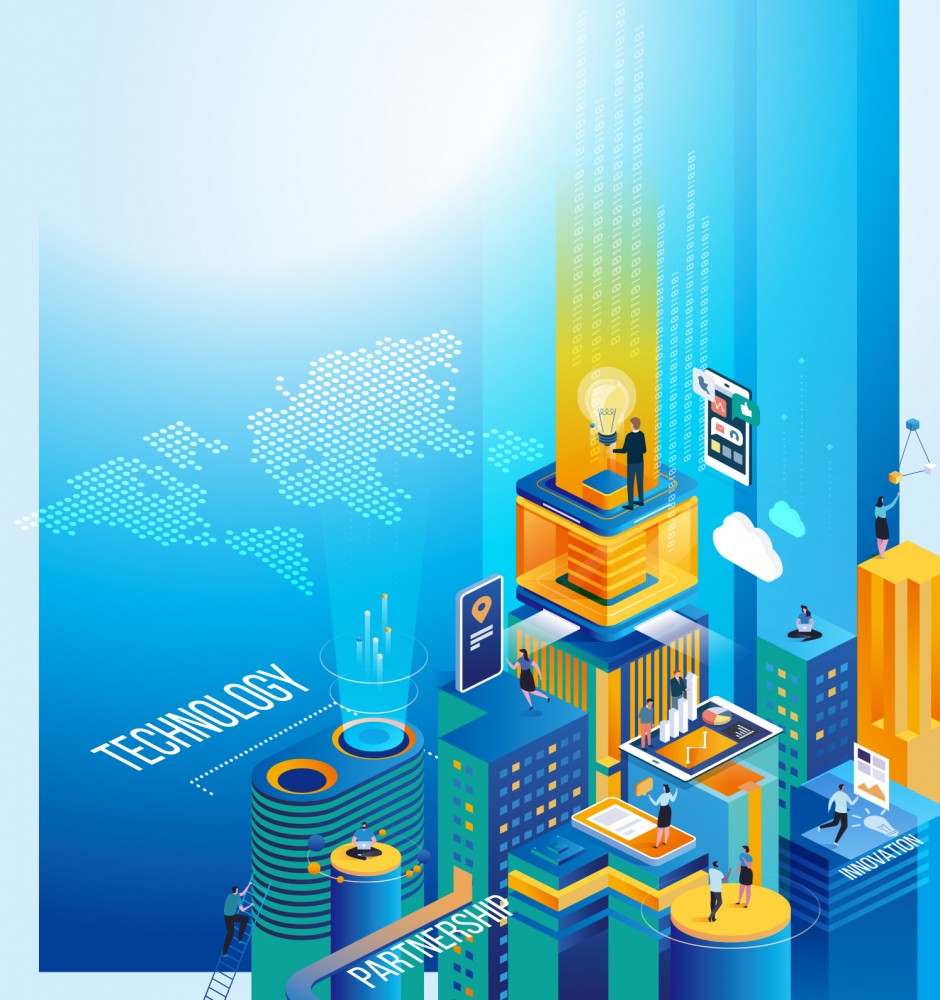 The IMD Smart City Index 2019 released by the International Institute for Management Development in Lausanne, Switzerland last October ranked Singapore the smartest city out of 102 cities in the world in terms of how technology was used in facilities and services to improve people’s lives. Hong Kong ranked only 37th. Hong Kong and Singapore are similar in size, but Singapore seems to be far ahead in terms of smart city development, while Hong Kong is still feeling its way around.

Be people-oriented and balance all interests

Hugh Chow, CEO of Hong Kong Applied Science and Technology Research Institute (ASTRI), said that digital transformation is a necessary stage and the key lies in how exactly Hong Kong wants to move forward in the transformation process. “We should adopt a people-oriented approach instead of developing a smart city just for the sake of it.” This idea reverts to the original intent of technological development: to provide the general public with a more convenient life and improve industrial competitiveness for the benefit of the people and promote social development.

Chow believes that as it is not necessarily a good thing to bring about digital transformation in Hong Kong too quickly, a balanced approach should be sought to ensure the sound development of society. “Some emerging cities have made many mistakes or obtained disappointing results while transforming rapidly. Hong Kong has always attached importance to credibility. It cannot push digital transformation just for the sake of doing it. A balance must be found between maintaining Hong Kong’s credibility and improving the living standards of the people and the quality and efficiency of various industries, thus strengthening Hong Kong’s competitiveness.”

Smart cities require smart technologies. For the development of smart technologies, talents are an indispensable factor besides capital and technology investments. Chow, who has an in-depth knowledge of the North America and Greater China markets and nearly 25 years of experience in the technology sector, said: “Not only Hong Kong, but the entire world is facing a shortage of talents. Even in the Mainland, Europe and the US, top R&D talents are forever in shortage.”

The new Budget covers areas such as innovation and technology (I&T), training of talents and smart cities, and the Government has also rolled out a slew of policies in the past three years to provide over HKD100 billion for I&T development. According to the Global Innovation Index 2019, Hong Kong ranked fourth out of 129 economies in terms of infrastructure. With the support of hardware and resources, Hong Kong has the ability to move ahead in the world.

However, Hong Kong’s young people still undervalue the I&T industries despite the huge amounts of resources and funds being invested. Chow stressed, “The Government not only must allocate money. More importantly, it must also nurture more local talents, letting them see that working in the I&T industries has promising prospects and can have a positive impact on society, instead of limiting themselves to the financial sector. In Chow’s view, every I&T project can be used for society to improve convenience in life or even become a necessity that can be seen everywhere. The sense of satisfaction in it is beyond words.

Amid concerns that smart city development may lead to privacy risks, it is very important to advocate data ethics. How should we balance the pursuit of convenience in life and the privacy of the people? Chow said that worrying about privacy is understandable, “Some people are concerned that personal data will be used for purposes other than those for which they were intended, but there are others who don’t mind exchanging a little personal data for convenience. The key is balancing the thinking of all parties.”

Using a knife as a metaphor to compare privacy and big data, he said that while a knife can be used to cut vegetables or shave a moustache, it can also be used to do bad things. It all hinges on whether the Government can impose safety measures with an effective legal system and whether users will comply with the measures. “Just like ASTRI exists only to drive technological development, the key to the R&D and production of the sharpest and most suitable ‘knife’ for Hong Kong is how to find a balance, how to use it appropriately and how to drive policy support.” 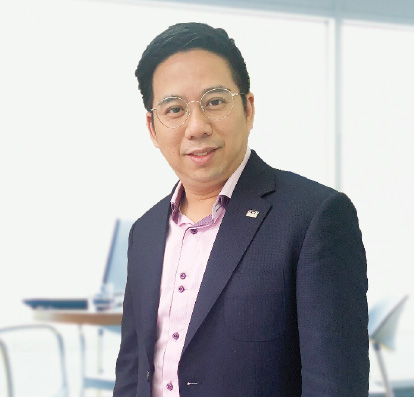 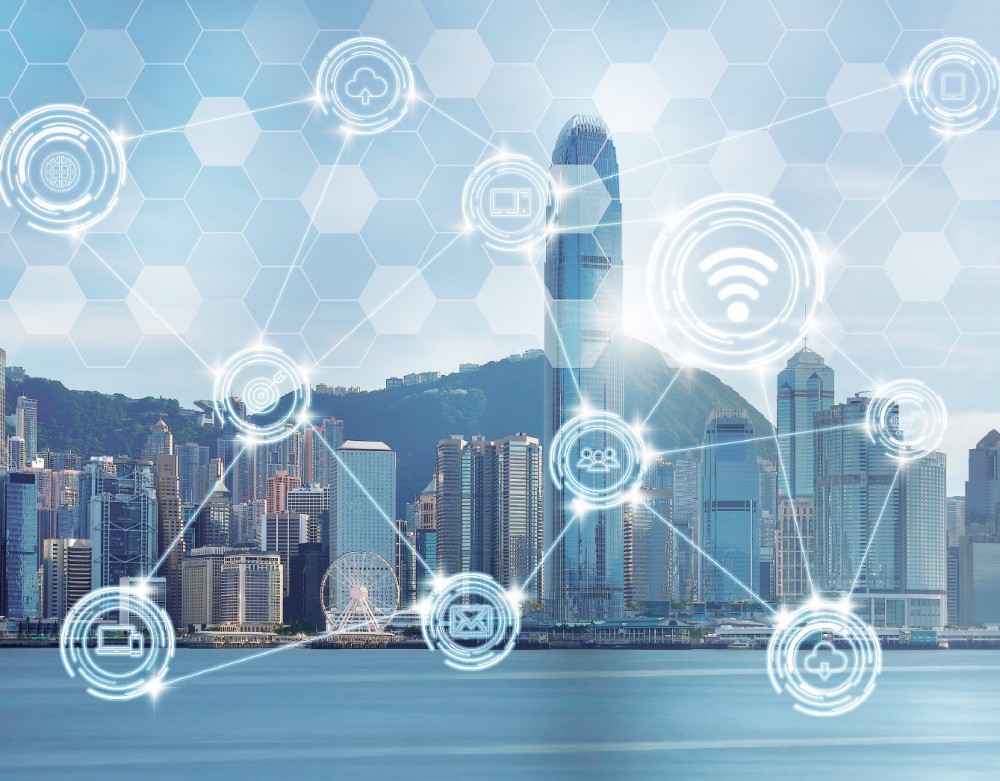 The city’s first Smart City Blueprint for Hong Kong, launched in late 2017, determined that Hong Kong should be built into a world-leading smart city, and three years later, the relevant measures are gradually being put in place. Gary Yeung, President of the Smart City Consortium (SCC) noted that since the publication of the blueprint, people from all walks of life in Hong Kong have paid more attention to smart cities and debate on the relevant issues has been passionate, creating a very positive atmosphere.

Yeung cites figures on the number of smart cities worldwide from the Center for Globalization and Strategy at Barcelona’s IESE Business School, which show that Hong Kong was ranked 9th out of 165 cities in 80 countries for the second consecutive year in 2019, representing a 33-place jump on its 2017 ranking of 42nd.

Yeung commented that IESE has given Hong Kong high marks for its technological development, particularly in terms of the innovation index, with almost one hundred percent of the population owning a smartphone and a very high broadband coverage rate. In the fourth quarter of this year, the government also plans to launch “iAM Smart”, a one-stop personalized digital service platform through which residents can access over 100 government online services.

However, Hong Kong’s overall progress in smart city construction still lags behind some countries in Europe and North America, as well as Asian regions including Singapore and Taipei. As to the question of how to narrow the gap quickly, Yeung believes that ultimately it’s all about government action to promote change, particularly in terms of executive support. 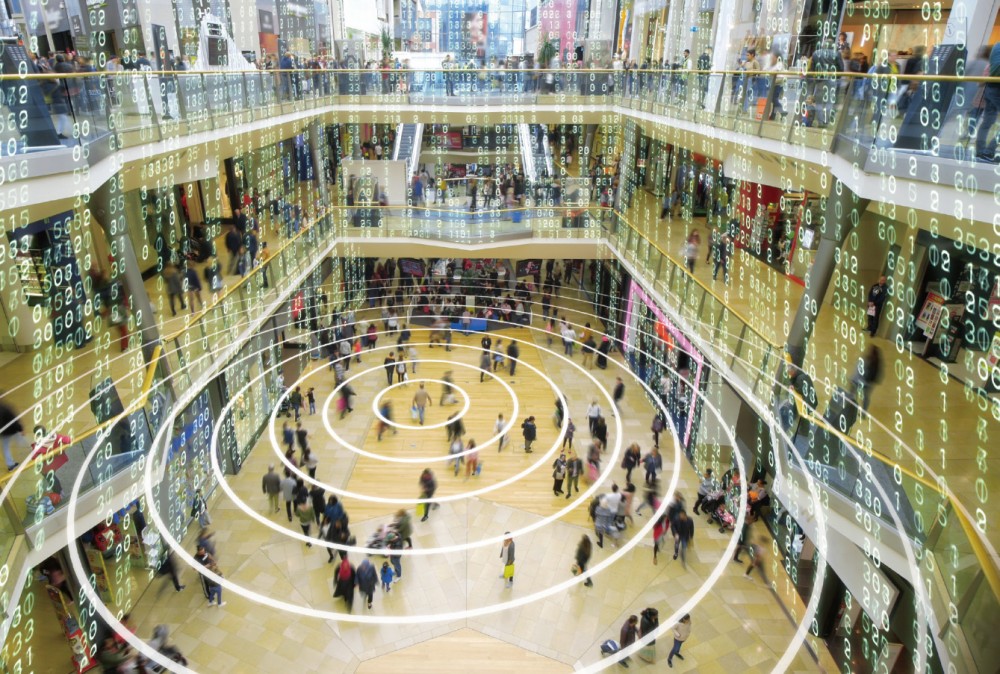 Yeung hopes that the various policies and new measures that have been considered and formulated will give residents the sense that Hong Kong is developing into a smart city and that this is relevant to their everyday lives, so that more people will be happy to support and use the relevant projects and services, resulting in further discussion and interest in smart cities in all walks of society and among the general public.

He cited the example of the Faster Payment System (FPS). The key to the success of FPS was that it was initiated by the Hong Kong Monetary Authority (HKMA) with support from the banking industry, enabling it to cover different banking systems across Hong Kong, while residents were able to use it without additional charges. For this reason, the number of users has been steadily climbing since the launch.

Sharing open data has also been deemed an essential element of the transition to a smart city, and the government has this year begun a staged rollout of a high-quality, Hong Kong-wide, 3D digital map, which will culminate in the launch of a spatial data sharing platform in 2022. The government has also set aside HKD60,000,000 in this year’s budget to set up the first geospatial laboratory, in order to encourage private development of mobile apps that utilise spatial data.

This year, the government has actively promoted the use of open data to support the development of innovative technologies. Yeung believes that this effort will also play an important role in promoting work to combat the coronavirus epidemic. “In early February, a number of government departments, together with the SSC, jointly launched the Interactive Map Dashboard, which reports the latest epidemic information in the local area as soon as possible and is updated every 15 minutes, helping Hong Kong residents use innovative technology to obtain the latest epidemic information. Since the launch, the site has recorded over 10 million page views.” He emphasises that the experience and results obtained will be of great benefit to the future development of smart cities.”

In order to further explore the opportunities presented by the Guangdong-Hong Kong-Macao Greater Bay Area, he believes that Hong Kong can leverage its inherent strengths and its strong foundations and experience as a global financial management centre as it strives to become a regional centre for data management, and welcomes the development opportunities of this new era.