The consumption model is completely rewritten by the pandemic. As online shopping is all the rage these days, the outdated principle of “Goods sold are not refundable” can no longer find a space in the world of e-commerce. For many merchants, satisfying customers while keeping the costs of returned goods down is often the cause of a major headache.

Since online shopping deals are closed based on pictures or descriptions, it is unsurprising that consumer’s expectation could be unmet. Returned goods are so common that e-commerce operators have considered them as unavoidable business costs for long.

Returned goods are the pain point of e-commerce operators

“Quite many merchants actually include a label with their deliveries that encourages consumers not to hesitate about returning goods,” said Return Helper Cofounder Roy Wan. According to Wan, competition amongst e-commerce operators is stronger by the day. Since returned goods are unavoidable, operators would rather take an active stance and arrange more convenient ways for returning goods. Noting the logistics costs involved in returned goods, post-1980s Hong Kong-born Wan and his friends decided to target this pain point of e-commerce operators and founded a company that specializes in handling returned goods.

Dare to say no to initiate changes in the ecology 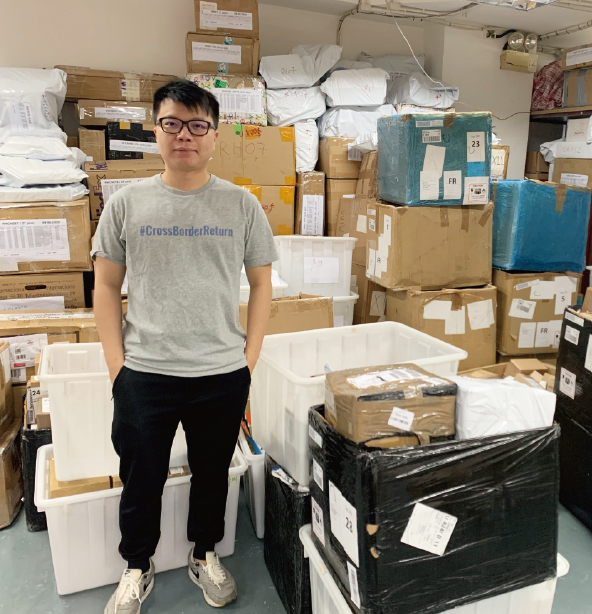 Before establishing his own business, Wan had worked in a logistics company, where he observed its operation up close and noted the problem of returned goods for e-commerce operators. “In the past, the relatively high profit margin could offset the relevant expenses, Yet, with declining profit margins, improper handling of returned goods could have a detrimental effect on the business of e-commerce operators in the long run.” Considering he was still young, Wan decided to ride on a capital of HKD500,000 and kicked start a business with his friends. The team was determined to change the ecology of e-commerce operators.

After returned items are sent to the warehouses of Return Helper’s overseas partners, pictures of the goods are taken such that merchants could evaluate goods’ condition and decide how to handle them. Merchants can choose to re-deliver the products locally, ship damaged goods back to Hong Kong by way of combined shipment, sell the products in the local second-hand market, or even directly dispose of them. The flexible options are not only helping merchants control costs better, but also indirectly facilitating environmental preservation.

Sometimes, merchants may decide to dispose of certain goods, but these goods are not worthless. Wan said that they will partner with local recyclers and try to convert these products into profits. He continued that in the long run, the company hopes to make use of big data to help merchants judge what is a better way of handing returned goods and to further reduce the need for disposal. Through this, profit can be increased, and more parties can benefit.

Seeking opportunities amidst the pandemic 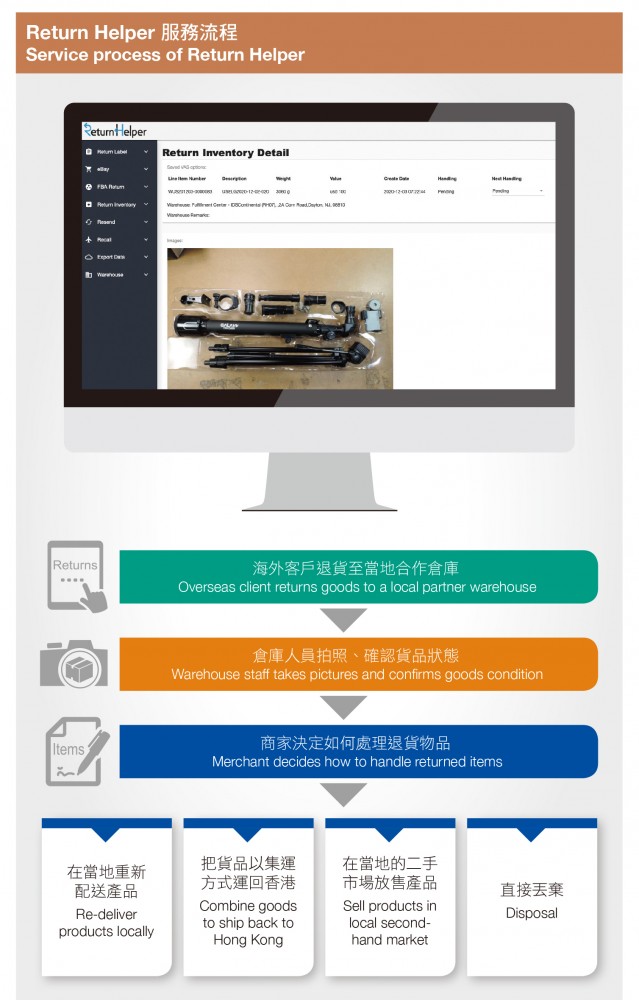 Similar to other entrepreneurs, Wan’s company has been operating and accumulating experience through mistakes. It took them half a year to develop their returned goods solution software and the entire operation model is constantly perfecting. During this pandemic, they have faced sudden closedown of a few European warehouses, which caused much interruption to what they had planned. Fortunately, the demand for online shopping was simply too big, and warehouses must continue to operate. The matter was resolved despite the hiccup. Yet, they dare not slack during the pandemic. As warehouse goods come from all directions, the risk of virus spreading is indeed quite high. Therefore, Return Helper has taken the initiative to distribute virus-fighting supplies to the warehouses of overseas partners for enhanced safety.

Since its launch in the middle of last year, Return Helper has become one of eBay’s recommended service providers after just a few months of operation. The business of the company soared during the third quarter of this year. It now has over 600 clients and is handling more than 50,000 returned items every month. Going forward, Wan pointed out that online shopping business is thriving for Mainland’s export to Europe and the US Therefore, returned goods handling would be the blue ocean there, and they do hope the company could further expand into the Greater Bay Area.

Watch out for government support initiatives

Wan frankly shared that the government’s support for local start-ups is vital during the company’s inception. For example, the office and experience offered by the Science Park had saved his company from lots of troubles in its early days. Wan advised those who intend to tap into start-ups must do much more than establishing a like-minded team and formulating clear objectives – they must also delve into industry know-hows and find out what kind of support is currently available from the government. This is the way to improve the chance of success in starting up a new business. 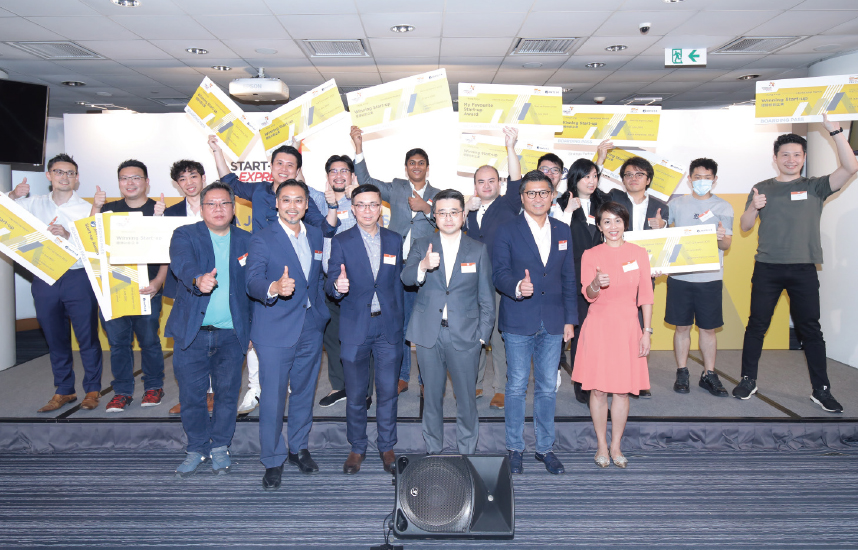