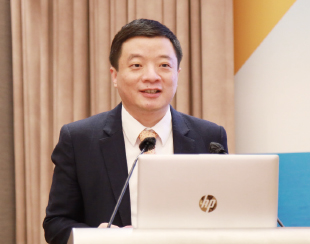 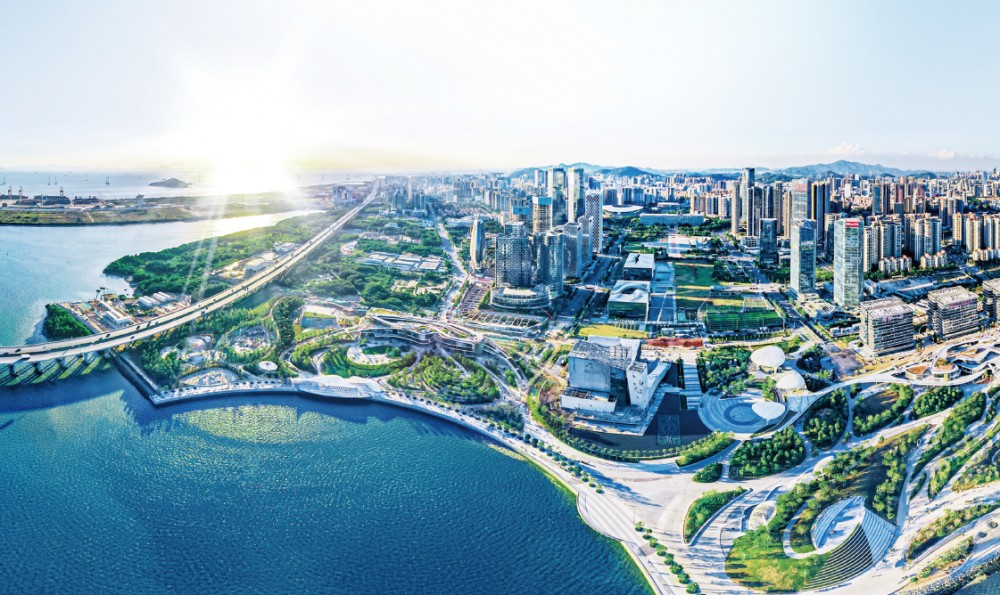 The Greater Bay Area has the characteristics of “one country, two systems and three different customs areas”. Fang Zhou, Research Director of the One Country Two Systems Research Institute, said that there is no such precedent among bay areas across the world and city clusters in the Mainland. He believes that the Qianhai Plan and the Hengqin Plan are set to further strengthen cooperation among the cities in the Greater Bay Area to achieve complementarity of strengths.

In his view, a series of major policies rolled out recently, including the Qianhai Plan, has pushed Hong Kong-Shenzhen cooperation into deeper complexity that covers flow of factors and alignment of rules, which is different from the previous Hong Kong-Shenzhen cooperation model of “Front Shop, Back Factory”. “The ‘Front Shop, Back Factory’ model mainly focused on Hong Kong’s coverage of Shenzhen, while now the model is about a two-way coverage between Hong Kong and Shenzhen. Moreover, the Qianhai Plan uses Qianhai as a platform and a springboard to facilitate Hong Kong’s access to the Mainland. In addition to that is the emphasis on two-way complementarity for Hong Kong-Shenzhen cooperation now, which will help maximize Shenzhen’s strengths and the huge Mainland market behind it.”

Fang said that for the innovative development of modern service industries, the Qianhai Plan proposes to set up a sound system of industry standards and establish supply chain standards that are in line with international standards. For the deepening of service trade liberalization with Hong Kong and Macao, it will support Qianhai in furthering the synergy of rules with the two places in fields such as vocational qualifications and service standards in the service sector. 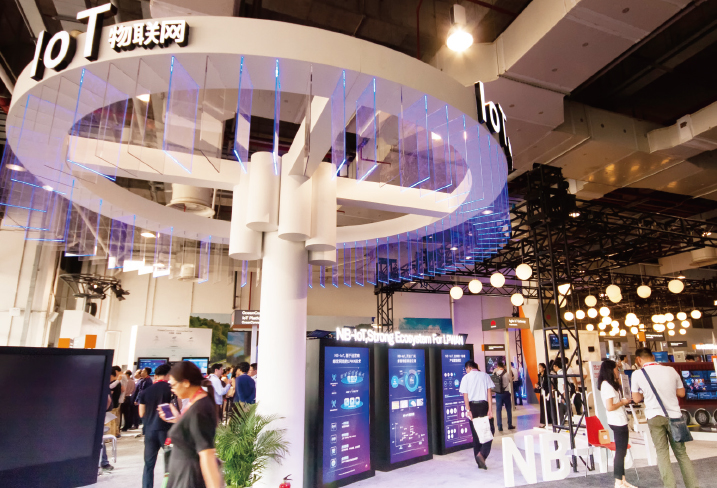 Regarding the Hengqin Plan, Fang said that it undoubtedly marks the biggest progress since the release of the plan for the Greater Bay Area. “The biggest problem in the construction of the Greater Bay Area has always been the inability to fully and effectively linking up the two (or three) sets of rules between the two Special Administrative Regions (SAR) and the Mainland. The new model of the Guangdong-Macao In-depth Cooperation Zone in Hengqin (the ‘Zone’) is precisely a solution formulated to solve the aforesaid problem. Future Guangdong-Macao cooperation will no longer be a bilateral or cross-border cooperation in the physical sense. Instead, it will be an in-depth cooperation model that combines the strengths of Guangdong and Macao to produce synergies.”

He cited two main points. The first is the “retreat” of the Mainland’s existing customs-supervised area, putting in place an arrangement that will allow goods to enter the Zone freely across the first line, i.e. from Macao, and handle customs duties, taxes and inspections only if goods cross the second line, i.e. from the Zone to the Mainland. This means that Hengqin and Macao are basically integrated into the same customs area, with the vast majority of goods being able to move freely between the two places. “Value-added and consumption taxes will be exempted between the Zone and Macao, which is an ‘offshore model’ in the true sense of the term.”

The second is that the Zone adopts a new system of “joint consultation, co-construction, co-management and sharing” to enable the integrated development of “two systems” in a specific area. Fang further explained that the Hengqin Plan indicates the management committee of the Zone will implement a system where the operation of the plan would be overseen jointly by the Governor of the Guangdong Province and the Chief Executive of the Macao SAR. The Macao Government will be primarily responsible for the Zone’s economic development and Guangdong’s agencies will be responsible for its political and security matters. The overall development and management will be led by Macao and supported by Guangdong. The Zone will also break down the existing system barriers. The tax arrangements and social benefits for Macao residents living in the Zone in the future will be no different from those in Macao.

In the past, Hong Kong and Macao focused on developing their respective financial and gambling sectors, which is a form of “division of work” between the two SARs to some extent. In Fang’s view, the Hengqin Plan points to a move away from such division. Macao will foster economic growth drivers for new industries, while Hong Kong similarly will need to diversify its economic structure. Therefore, it is crucial for Hong Kong to participate in Macao’s economic diversification and the Zone’s construction. “This will not only contribute to the innovation of the country’s development model, but also help advance the innovation of the systems and mechanisms for Guangdong-Hong Kong cooperation, thus finding new opportunities and a window for Hong Kong’s development.” 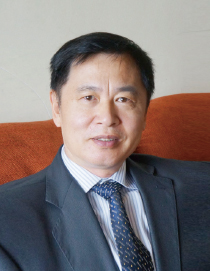 James Wang, Research Director of the Bay Area Hong Kong Centre, believes that as the Qianhai Cooperation Zone has great potential for future development, the two places should proactively seek consensus and capitalize on this 120km2 platform.

“In Shenzhen, the Shekou Area in Qianhai, the Hengqin New Area in Zhuhai and the Nansha New Area in Guangzhou together form the Guangdong Free Trade Zone (FTZ), and the two plans will lead to further opening-up and expansion in the special environment of the Guangdong FTZ.” Wang added that under the Hengqin Plan, the economic projects will be driven by Macao as it has a bigger say, while under the Qianhai Plan, the projects will be led by Shenzhen, “Regarding the Qianhai Plan, although the Central Government has not delegated the leading role in development to Hong Kong, it has stressed the coordinated development between Hong Kong and Shenzhen, so both places need to strengthen cooperation with each other.” 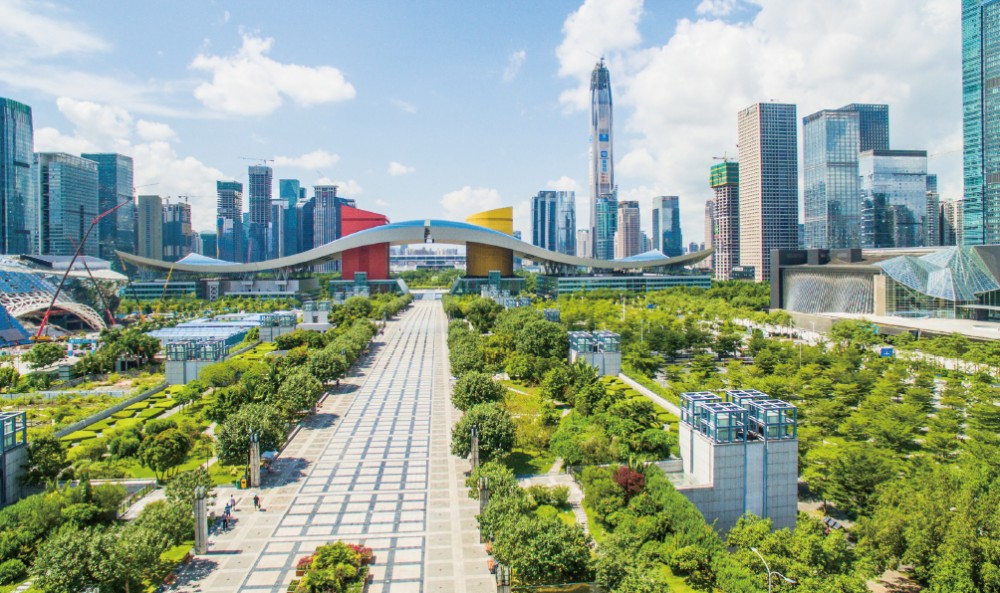 Regarding industrial development, the Hengqin Plan will concentrate on developing four new industries, while the Qianhai Plan is to expand the opening-up of service areas and accelerate the reform and innovation of the systems and mechanisms for technology development, focusing on creating a world-class business environment.

“Hong Kong can offer Mainland enterprises high-quality services as it has extensive experience in many professional services that are in line with international rules and standards. It is also world-class in higher education and medical care, boasting a large pool of high-quality talents.” In Wang’s view, Hong Kong’s strengths will help promote the development of Qianhai’s modern service industries, while its financial, legal and other professionals can showcase their talents on a larger stage.

The key lies in system innovation and piloting

The Qianhai Plan further expands the development space of the Qianhai Cooperation Zone, increasing its total area eight-fold from 14.92km2 to 120.56km2 kilometres. However, Wang pointed out that the expanded zone is not a “blank sheet of paper” as most of it are mature developed areas and it also covers an airport, so zone expansion is not the key. Instead, system innovation is the core of the plan. Qianhai can serve as a platform for experimenting with innovative policies, playing a piloting role.

“Cross-border development will inevitably encounter many obstacles and challenges as it involves the flow of people, materials, capital and information. What does ‘piloting’ actually mean? How can Hong Kong and Shenzhen strengthen cooperation in the future?” In all cases, Wang believes that Hong Kong and Shenzhen need to gradually understand each other’s needs in order to attract more talents, funds and enterprises to the Qianhai Cooperation Zone.

Wang noted that Hong Kong can undoubtedly provide Mainland enterprises with high-quality services, but it must put in more efforts if it wants to continue to develop since Shenzhen has made great progress in recent years. “Shenzhen vigorously promotes technology development and actively recruits top talents from around the world. I express the hope that the people of Hong Kong to remain humble and proactively improve their competitive strengths. Given their complementarity of strengths, I am convinced that Hong Kong and Shenzhen will be able to continue to develop and grow stronger in the future.” 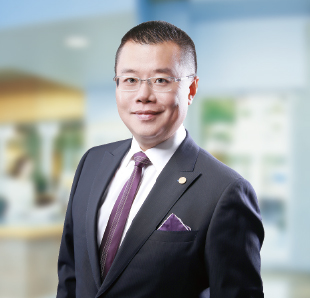 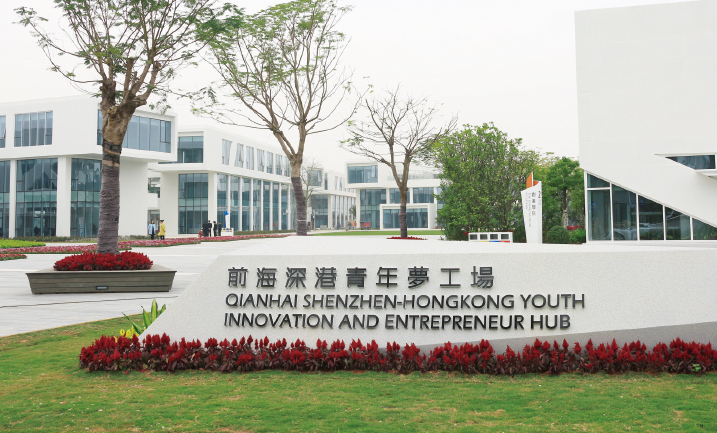 Hung noted that the standard of Hong Kong’s professional services deserves our pride. Its professional qualifications are in line with most countries in the world and attract many international companies to use Hong Kong as a base to recruit talents from overseas. “Backed by an abundance of financial talents, Hong Kong’s financial professional services can serve the needs of the economies of Shenzhen and the entire Greater Bay Area through Qianhai. Meanwhile, Qianhai permits medical and legal professionals who hold Hong Kong professional qualifications to pursue cross-border practice there to expand their space for development.”

Qianhai is one of the country’s pilot areas to experiment with further financial opening-up. The recently launched Wealth Management Connect scheme and the southbound-leg of the Bond Connect scheme are precisely a demonstration of the interconnection between the financial markets of Hong Kong and Shenzhen. Hung is certain that financial enterprises already located in Qianhai can develop more new businesses through these new opening-up policies, and the future Insurance Connect scheme, recognition of financial professional qualifications, and mutual assistance and mutual recognition of regulations are all factors that will benefit Hong Kong’s financial industries.

The Qianhai Plan substantially expands the Qianhai Cooperation Zone, leading to more development space for Qianhai. Hung believes that the expanded areas will help create an I.T. ecosystem, while Hong Kong’s I.T. talents can capture the opportunities for development in Qianhai.

Hung said that Hong Kong as an international financial center is very important for promoting technology and I.T. development. Hong Kong is able to attract venture capital from around the world when the commercialization of technology needs it. At the same time, Hong Kong has a strong advantage of having a strong pool of basic scientific research and scientific research talents. However, he noted that since it does not have a thriving manufacturing sector and its market is relatively small, Hong Kong has to strengthen cooperation with Shenzhen and Dongguan to make up for each other’s shortcomings in the commercialization of scientific research results. 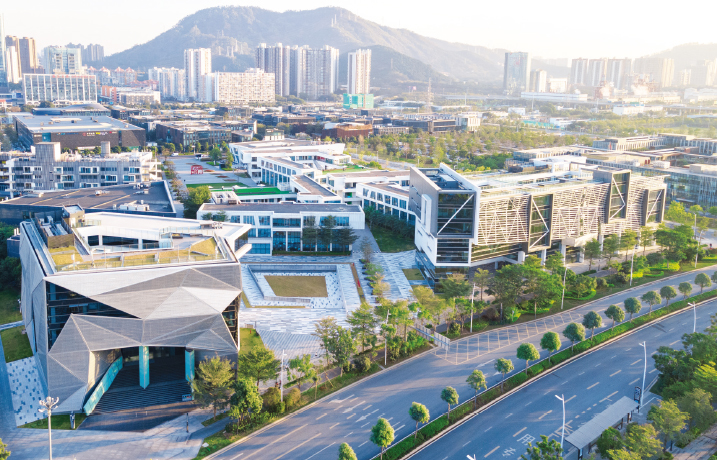 The Qianhai Hong Kong-Shenzhen Youth Innovation and Entrepreneur Hub (E-Hub), invested and built by the Shenzhen Qianhai Authority, is one of the places where young people engaged in I.T. and entrepreneurship come together. To date, E-Hub has incubated over 500 start-ups, half of which are from Hong Kong. “Some start-ups have slowly grown into teams with nearly 30 people, but they need to move out of E-Hub or even Qianhai due to insufficient space for continuous development.”

Hung stressed that the Qianhai Authority will proactively solve the problem of insufficient physical space, and the new office building nearby can provide office spaces for successfully incubated companies following its completion. Coincidentally, the Qianhai Plan’s expansion of the Qianhai Cooperation Zone and the continuation to encourage institutions and enterprises such as incubators, accelerators, venture capital and venture funds to move to Qianhai lead to the improvement in I.T.-related professional supporting services.

Regarding the Hengqin Plan, Hung noted that, different from the entry point of the Qianhai Plan, the Hengqin Plan aims to support Macao in establishing diversified industries. “Macao’s industries are not diverse, and Hengqin is a key city for the country’s integrated circuit industry, but besides silicon chips, the city also has a lot of investments in healthcare and traditional Chinese medicine.” He encouraged Hong Kongers who are interested in working in these industries to consider moving to Hengqin for development.