Voice in Legco - National Anthem Should Undoubtedly be Respected

Hong Kong is duty-bound to apply the National Anthem Law, and the national anthem should undoubtedly be respected. There is really no need for pan-politicization to oppose everything that China says or does. 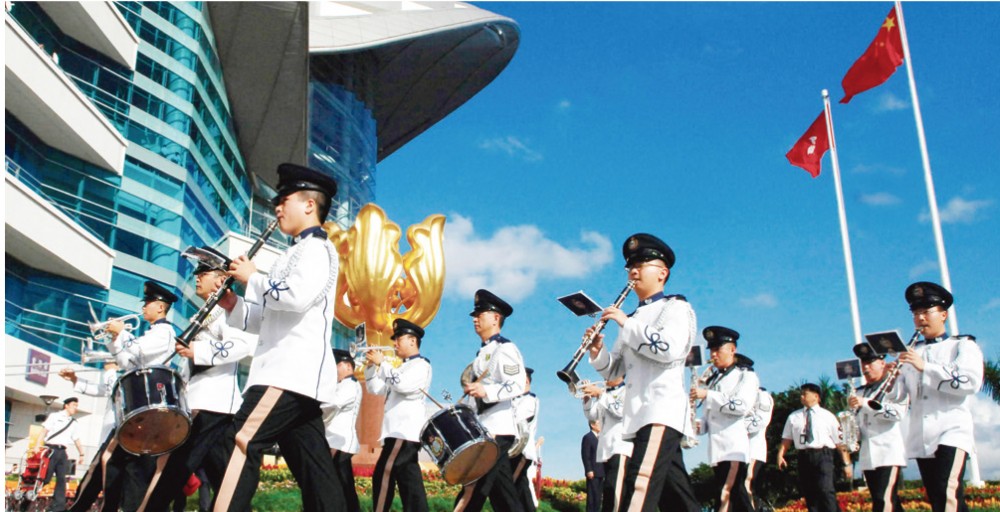 As part of the People’s Republic of China, the HKSAR should respect the Chinese national anthem as it is a symbol and sign of the country established by the Constitution. On November 4, 2017, the Standing Committee of the National People’s Congress adopted the decision to add the National Anthem Law to Annex III of the Basic Law of the HKSAR. In accordance with Article 18 of the Basic Law, the national laws listed in Annex III to the Basic Law shall be applied locally by way of promulgation or legislation by the HKSAR. Therefore, Hong Kong has a constitutional duty to apply the National Anthem Law.

The Government has chosen to apply the National Anthem Law in Hong Kong through local legislation in order to adequately take into account Hong Kong’s common law legal system and actual situation. During the local legislative process, the House Committee authorized the establishment of the Bills Committee on National Anthem Bill (the Bill) and I was elected as its chairman. The Bills Committee held a total of 17 meetings over more than 50 hours to deliberate on the Bill, including a public hearing. The Bills Committee submitted a report to the House Committee on June 14, 2019, but the second reading only resumed on May 27, 2020 after being shelved due to the anti-extradition amendment bill movement and the suspension of the operation of the House Committee for the current legislative year.

The Bill, whose main thrust is to respect the national anthem, sets penal provisions to deal with public and intentional behaviour that amounts to an insult to the national anthem or misuse of the national anthem, which are generally not very controversial. However, public misgivings and opinions about the Bill show that there are many biases in people’s understanding of it. Some people think that the Bill restricts freedom of speech, intends to brainwash and is an evil law. Cognitive biases create fear, which is most easily exploited. It is incumbent upon the Government to step up publicity to explain the National Anthem Ordinance clearly to the people and dispel public concerns.

All concerns dispelled during deliberation

The vast majority of the concerns and issues about the Bill have been covered and addressed by the Bills Committee during its deliberations. For example, regarding occasions where the national anthem is played and sung, when the national anthem comes on the television at a café or restaurant, people do not have to follow the etiquette for playing and singing the anthem (stand solemnly and deport themselves with dignity) as they are not participating in or attending the occasion. Even on occasions where the national anthem is played and sung, there is no penalty for violating the provisions since the standard, etiquette and occasions set out by part two of the Bill are guiding provisions with no penalty attached. Criminal liability will only be pursued if a person has publicly and intentionally committed an offence with intent to insult the national anthem. Moreover, the person’s criminal liability (or lack of it) will be based on the merits of the case. Under the common law of Hong Kong, the burden of proof in a criminal case rests on the prosecution, and the standard of proof is very high and must be met without reasonable doubt. If a person makes a mistake, plays or sings the wrong notes, or uses a different musical style during a public performance of the national anthem, the prosecution must prove that the person concerned has, with intent to insult the national anthem, performed such act publicly and intentionally. Just showing dislike of the national anthem with no intent of insulting it does not get one into trouble with the law.

Although freedom of speech is protected by Article 27 of the Basic Law, it is not absolute and can be restricted. According to the judgement of the Court of Final Appeal, the prohibition of insult “bans one mode of expressing …. It does not interfere with the person's freedom to express the same message by other modes.” The relevant restriction is a limited and reasonable one and is not inconsistent with the guarantee of freedom of speech in the Basic Law. As regards penalties, the fine of HKD50,000 and imprisonment of 3 years stipulated by the Bill are the same as that for the offence of desecrating the national flag or national emblem under the National Flag and National Emblem Ordinance. Such a fine and imprisonment are also the maximum level of penalty. The court will decide on the penalties according to the actual circumstance of each case. Take desecration of the national flag as an example. A 13-year-old girl and a 21-year-old barista were found guilty of burning the national flag outside the Tuen Mun Town Hall during the anti-extradition amendment bill movement, with the latter also trampling the national flag after burning it. Based on the actual circumstance of each case, the former was sentenced to 12 months of probation and the latter to perform 240 hours of community services, neither of which was the maximum penalty of three years in prison. Hence, it is nonsense to describe the Bill as cruel and harsh.

Another controversy in society is if there is a need to play and sing the national anthem during the swearing-in ceremony for legislators. Some people, who harbor sinister intentions, have called this “arbitrary DQ (disqualification) of legislators”. This is not only an unfounded accusation, but also a pseudo-proposition. Firstly, members of the Legislative Council must, in accordance with law, swear to uphold the Basic Law and swear allegiance to the HKSAR when standing for elections or being sworn-in to assume office. Under the premise of upholding the Basic Law and the “One Country, Two Systems” principle, members of the Legislative Council should respect the national anthem as a symbol of the country and be present while it is being played and sung when taking the oath. Secondly, it does not violate the law if one can only sing the national anthem in Cantonese due to unfamiliarity with Putonghua and sings without intent to insult it, so where does the so-called “arbitrary DQ” come from? In fact, legislators who are not familiar with Putonghua should put in effort to learn it. As the national anthem is a symbol and sign of the country, those who oppose the adoption of the National Anthem Law lack national consciousness and have no basic respect for the country and the people. Society needs to reflect: Should these people continue to participate in the work of the Legislative Council? Do they deserve to be LegCo members?

The national anthem should undoubtedly be respected. There is really no need for pan-politicization to oppose everything that China says or does. Also, people should not stage three suspensions (stop work, stop classes, and stop the markets) too easily or besiege the Legislative Council Complex to prevent legislators from meeting and the LegCo from exercising the power entrusted by Article 73 (1) of the Basic Law, which is to enact, amend and repeal laws in accordance with legal procedures. I have always supported the National Anthem Bill to fulfill our constitutional duty of applying the National Anthem Law through local legislation.